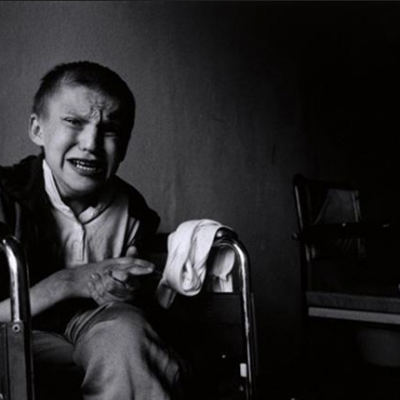 On April 26, 1986, at 1:23 a.m., the world’s worst nuclear accident occurred at the Chernobyl Nuclear Power Plant, in Ukraine. The explosion, described by the United Nations as “the greatest environmental catastrophe in the history of humanity,” released thousands of tons of radioactive material. Seventy per cent of the radiation fell over the country of Belarus.

In a dark, emotional account, Magnum photographer Paul Fusco visits the region, where a whole generation has been born, lived, and died amid such life-destroying pollution. They have eaten it in their food, drunk it in their water, and breathed it in the air. Simply going outside to play remains a life-threatening activity.

Chernobyl Legacy is Fusco’s elegy to these innocent souls, and a haunting reminder to the rest of the world that anything man-made can eventually break.