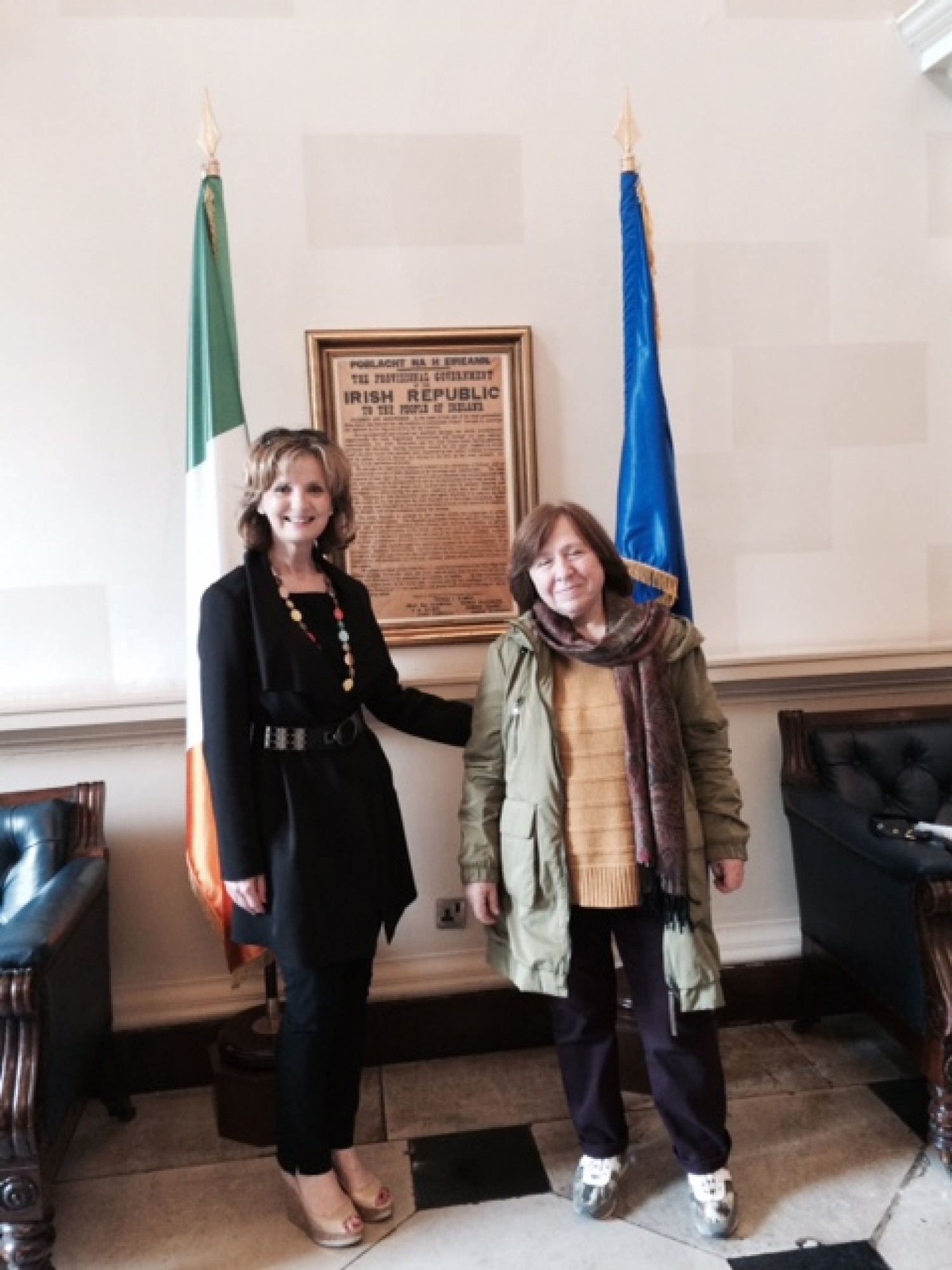 Svetlana Alexievich, the Belarussian journalist and prose writer, who won the Nobel Prize for Literature in 2015 visits Dublin as part of the Irish Literary Festival.


Svetlana Alexievich, the Belarussian journalist and prose writer, who won the Nobel Prize for Literature in 2015 spoke last night in Dublin as part of the Irish Literary Festival. This very special sold out event was her first ever talk in Western Europe. Her best known work “Voices From Chernobyl: The Oral History of a Nuclear Disaster” is a compilation of interviews with survivors of the nuclear reactor accident. She spent 10 years visiting the Chernobyl zone, and conducted more than 500 interviews.

Svetlana Alexievich and our voluntary CEO and founder Adi Roche are long time friends and attended the event together as well as toured the Dáil together yesterday morning. Svetlana in her speech last night when asked for the definition of ‘freedom’ responded by saying that she had experienced it in our Dáil with the inclusivity of our citizens. She was amazed to see our Dáil full of young people of all ages, to see people with disabilities mingling among our politicians. She was also inspired by the stories of our history and she said it had a profound impact on her own understanding of true democracy.