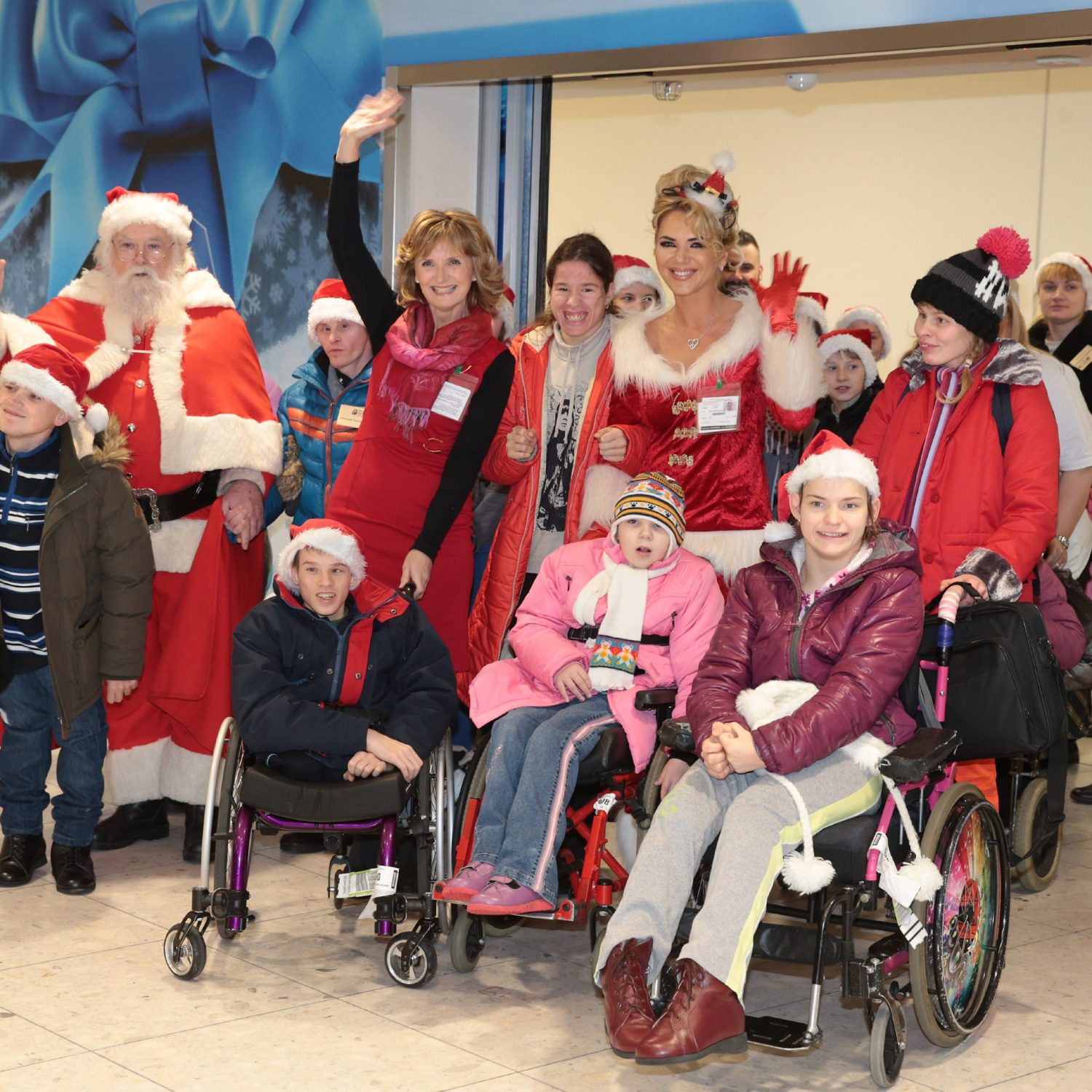 
On TUESDAY, 18 DECEMBER at 13.55, A group of 40 children with special needs from Belarus will fly into Dublin Airport, continuing a heart-warming Christmas tradition that has linked families across Ireland with victims of the Chernobyl disaster for the past three decades.

The following day, in recognition of the work of the charity’s volunteers, President of Ireland, Michael D Higgins will welcome a group of the children and their host families to Áras an Uachtaráin for a Christmas celebration.

According to Adi Roche, Volunteer CEO of the Chernobyl Children International – the charity that brings the children to Ireland for this Rest and Recuperation Programme – most have never lived outside state run orphanages having been orphaned or abandoned as babies.

“For these children, nothing as magical as this will ever have happened in their lives.  We cannot express how grateful we are to President Higgins for welcoming the children and their host families to Áras an Uachtaráin.  It’s an incredible honour.

Ireland is the only country in the world that maintains this unique bond with the Children and now the Grandchildren of Chernobyl.   This is the true meaning of Christmas – it’s about family and sharing. The positive impact these stays have on the children is a testament to three generations of truly remarkable Irish volunteers.”

The children, many of whom suffer from genetic disorders and congenital disabilities, come from some of the areas worst affected by radiation fallout from the world’s worst nuclear disaster.  In Ireland, they will spend two weeks on the health-boosting Rest and Recuperation Programme with volunteer host families from nine counties who have opened their hearts and homes to children living in Chernobyl’s dark shadow since the 1986 disaster.

“The humanitarian footprint of Irish volunteers and donors is truly immeasurable, but has improved the life-chances and outcomes for tens of thousands of children who have been affected by Chernobyl over the past 32 years.” Roche continued, paying homage to CCI’s ‘army’ of dedicated volunteers.

Amongst the group is a teenage boy who will have his dream comes true this Christmas, as Santa Claus has prepared a special early Christmas present for him – a brand new, custom-built wheelchair.    Igor Shadzkou (17), who has a range of physical and developmental disabilities, lives in rural Belarus in an isolated children’s institution known as Vesnova.  He was abandoned as an infant and has been incarcerated and segregated for his entire life, except for when he visits Ireland on the CCI pioneered health-boosting stays.

When CCI first found Igor, the conditions in which he lived where inhumane. He was in a feral-like state, with severe behavioural problems as he was prone to biting, scratching and spitting.  Up until that point, Igor had lived with huge physical impairment without support having spent all his time dragging his body on the ground.

Over the years, thanks to CCI’s intervention, Igor has developed into happy boy with vastly improved communication and interpersonal skills however he has now outgrown the chair which CCI provided him. It was feared that without specialist intervention his health would be at risk.  CCI contacted Sligo-based Luke Conway, and sent a special letter to the North Pole in the hopes of assistance from Santa and his elves…which thankfully they immediately responded to!

Marie Cox and her family have welcomed Igor into their loving family home in Castlebar, Co. Mayo for many years, through CCI’s Rest and Recuperation Programme.