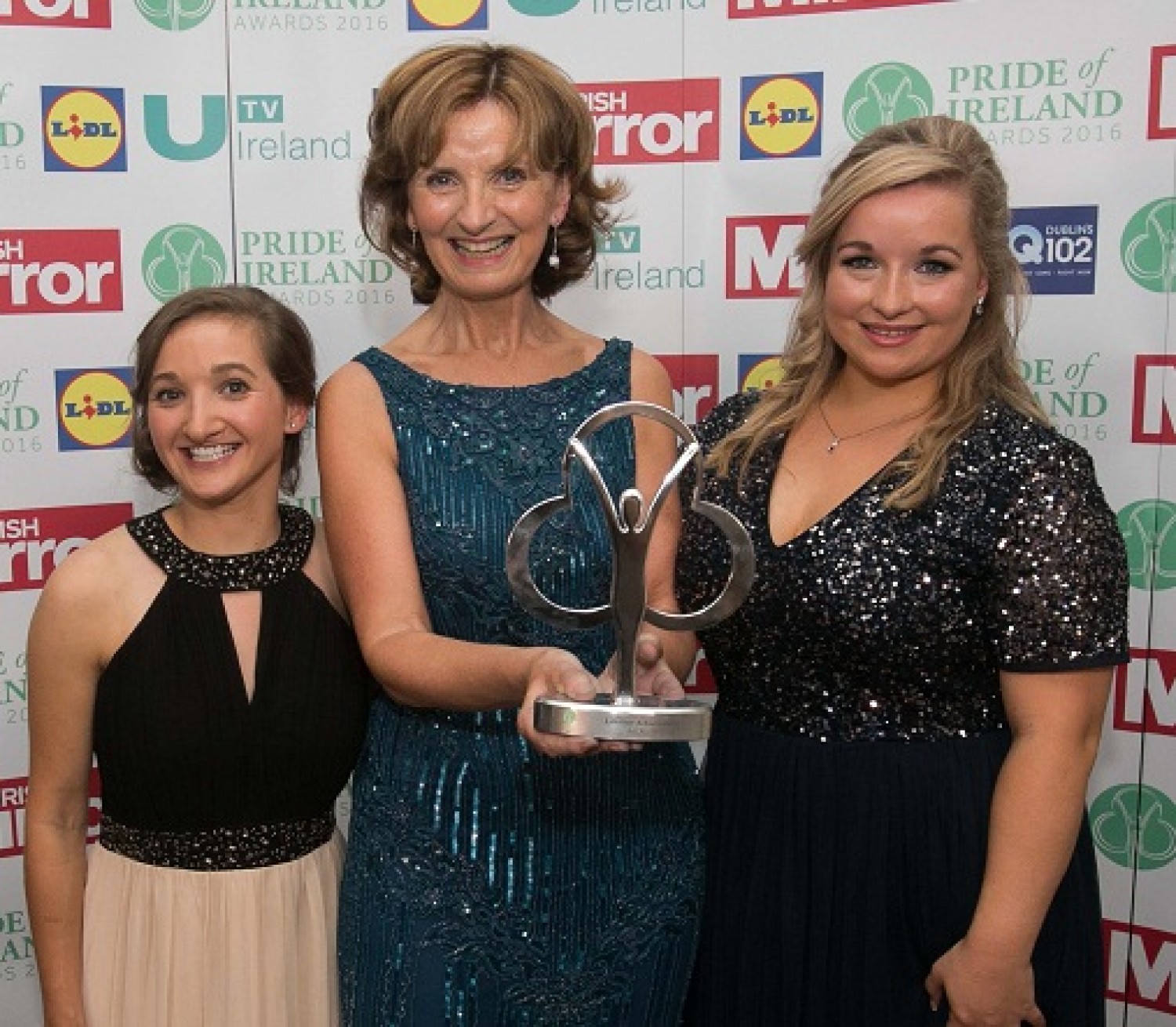 
Adi Roche, voluntary CEO and founder of Chernobyl Children International (CCI), has said she is “deeply honoured and immensely proud to accept the Lifetime Achievement Award on behalf of the countless volunteers who are the ‘foot soldiers’ and lifeblood of the charity” at last night’s Pride of Ireland Awards ceremony in Dublin.

The awards, which are made on the basis of nominations received from members of the public all over the country, recognise the achievements of ordinary people who have made outstanding contributions in their owns fields of endeavour and who have shown courage, extraordinary compassion and leadership in crisis situations.
Ms Roche was presented with the accolade by Chernobyl survivors Anna Gabriel who lives in Bandon, Cork and Raisa Carolan from Trim in Meath.

Both girls began their lives in a Home for Abandoned Babies and without intervention of Ms Roche would have been sent to a state run institution. Anna and Raisa credit their triumph over adversity to Ms Roche who found them and rescued them.

Adi Roche pioneered an adoption agreement in order to get the girls to safe and loving families here in Ireland.
The internationally recognised humanitarian activist, Adi Roche said: “This Award is a beacon of hope for the victims of Chernobyl. It sends a loud and clear message to the victims and survivors of this ever unfolding tragedy that they are not forgotten. It allows us an opportunity to rededicate and recommit ourselves to the victims of the disaster and it is our privilege to lend a helping hand to those in need.”

For nearly 40 years of Adi Roche has been passionately campaigning for, and is publicly active in, issues relating to the environment, peace and social justice.

Adi started working in the immediate aftermath of the Chernobyl disaster in 1986 to provide support to children living in the affected areas. She formally founded Chernobyl Children International (CCI) in 1991 to develop programmes that restore hope, alleviate suffering and protect current and future generations in the Chernobyl regions.