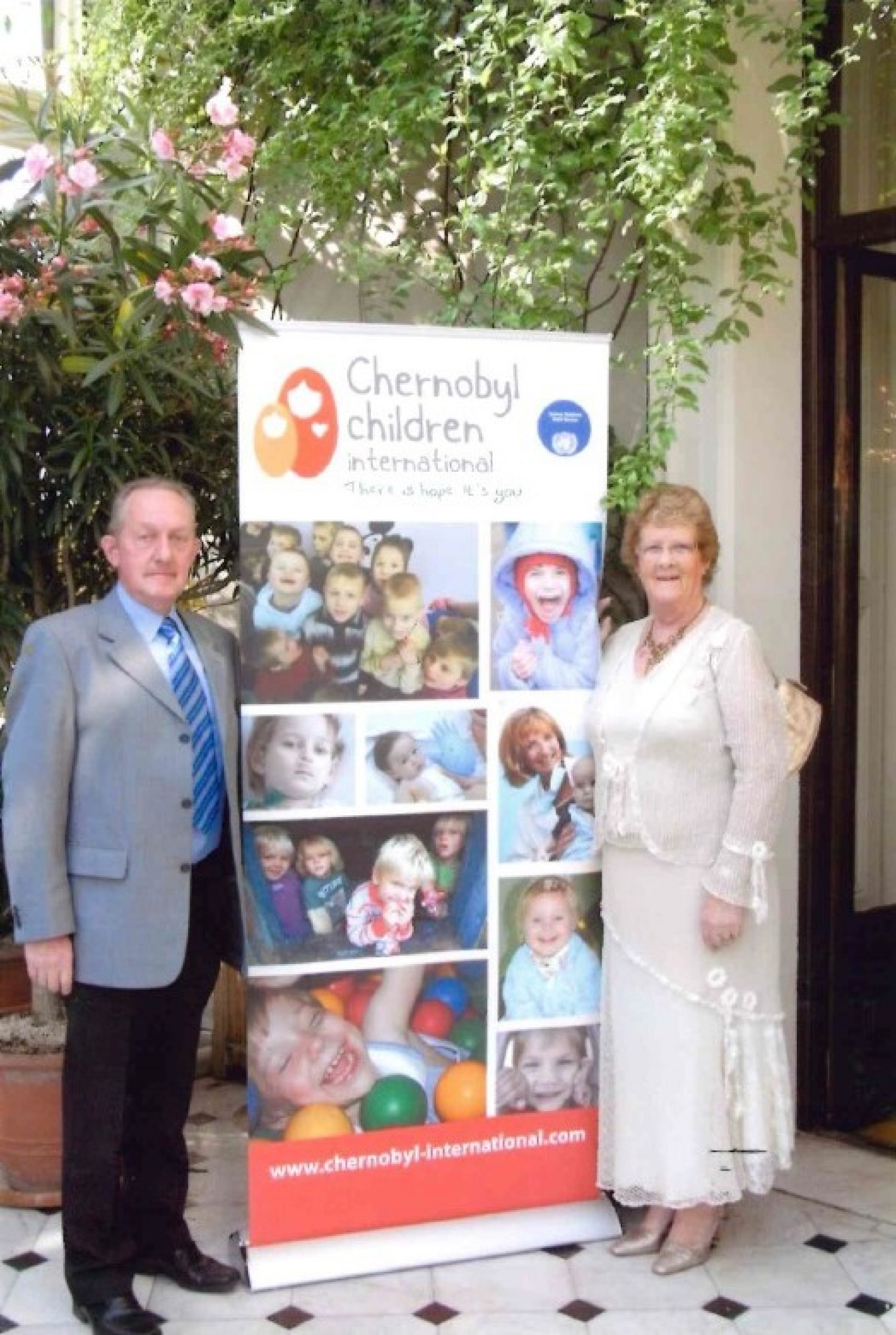 
Dedicated CCI volunteers, Alfie and Marcie Streete, have been nominated for an award with Volunteer Ireland for their work with the children affected by the fallout of the Chernobyl disaster of 1986.

Alfie and Marcie Streete’s life is an extraordinary glimpse into the unstinting generosity of the Irish people and our ability to open our heart to the children affected by the 1986 Chernobyl nuclear disaster and are still doing so 30 years later. Alfie and Marcie were among the hundreds of Irish families who opened their hearts and homes to these children in the wake of the catastrophic nuclear accident to provide the children with health boosting break from the toxic environments they lived in. It was a decision that has transformed their lives and their commitment to CCI has become central to who they are as people. Alfie has travelled to Belarus to deliver aid an incredible 18 times.

Alfie and Marcie Streete were among the first families in Ireland to open their doors, hearts and homes to these extraordinary children but they were not the last. Alfie has often been known to say that ‘You can’t change the world but you can help these children. By the end of their holiday’s in Ireland they’re like different children – we might not have sunshine but we have the heart”.

The awards ceremony will take place in December. Congratulations Alfie and Marcie on this well-deserved nomination!