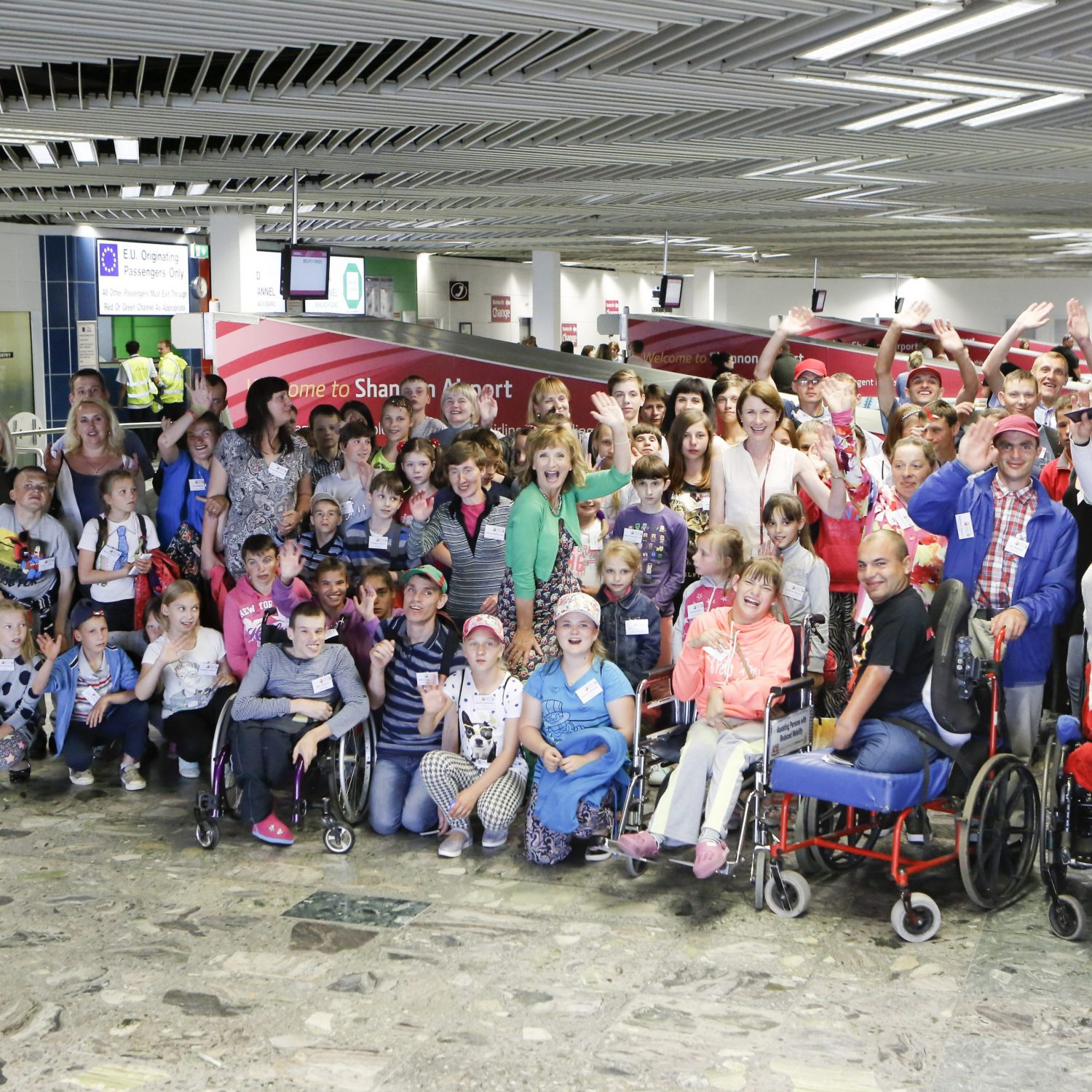 As Global Warming directly impacts Chernobyl forest fires, Adi Roche speaks of relief as 145 Chernobyl children arrive in Ireland from the heart of the radiation zones


A group of 145 special needs children from orphanages and homes in the Chernobyl affected regions of Belarus, flies into Shannon Airport today [Wednesday, 27th June] as part of a long standing Irish funded programme to help combat the long term effects of nuclear radiation on their lives.

The children, who form part of the third generation of Chernobyl victims, were met by host families from ten counties with whom they will spend Rest and Recreation breaks for the next 4 weeks.  The airlift was organised by Adi Roche’s Chernobyl Children International which has brought more than 25,500 children and young adults to Ireland since 1991. For some it was their first time to come to Ireland; others were re-united with families which have welcomed them for many years.

Radiation levels are still a cause of serious health concerns in Belarus and there is now growing international alarm at the impact a spate of unpredictable wildfires are having on the level of radiation in the highly contaminated Exclusion Zones.

There were tears of joy, delight and relief in Shannon Airport as volunteer host families greeted the children in the light of this recent development.

In an emotional statement, Voluntary CEO of Chernobyl Children International Adi Roche said; “It is an incredible relief to finally have the children here in Ireland, as an uncontrollable cocktail of radioactive elements are once again re-released into the environment and the human food chain in recent days.  The radiation is spreading further and wider than before, and it will have massive consequences on health and the environment.  These fires show how pertinent and ongoing the impact of Chernobyl remains”.

Roche was referring to annual forest fires that reignited in the highly radioactive Chernobyl Exclusion Zones at the beginning of June, less than 10km from the crippled power station which engulfed over 10 hectares of woodland within a short few hours, thus unfolding extreme danger of recontamination on an unpredictable but regular basis.   Experts have identified that fires in the region will peak between now and 2036 as the area becomes drier as a result of climate change, signalling that the worst recontamination of the lands is yet to come.  Studies released this month have also identified milk samples from up to 200km from the stricken Power Plant showing levels of radiation 12 times higher than the safe dosage for children.

Research has shed much-needed light on the benefits of Rest and Recuperation to the children who live in some of the world’s most radioactive contaminated lands.  Nuclear Biologist Dr Ian Fairlie has, in recent years, declared that ‘beyond a reasonable doubt, with the support of strong epidemiological evidence, children’s health improves greatly when they are removed from toxic environs’.