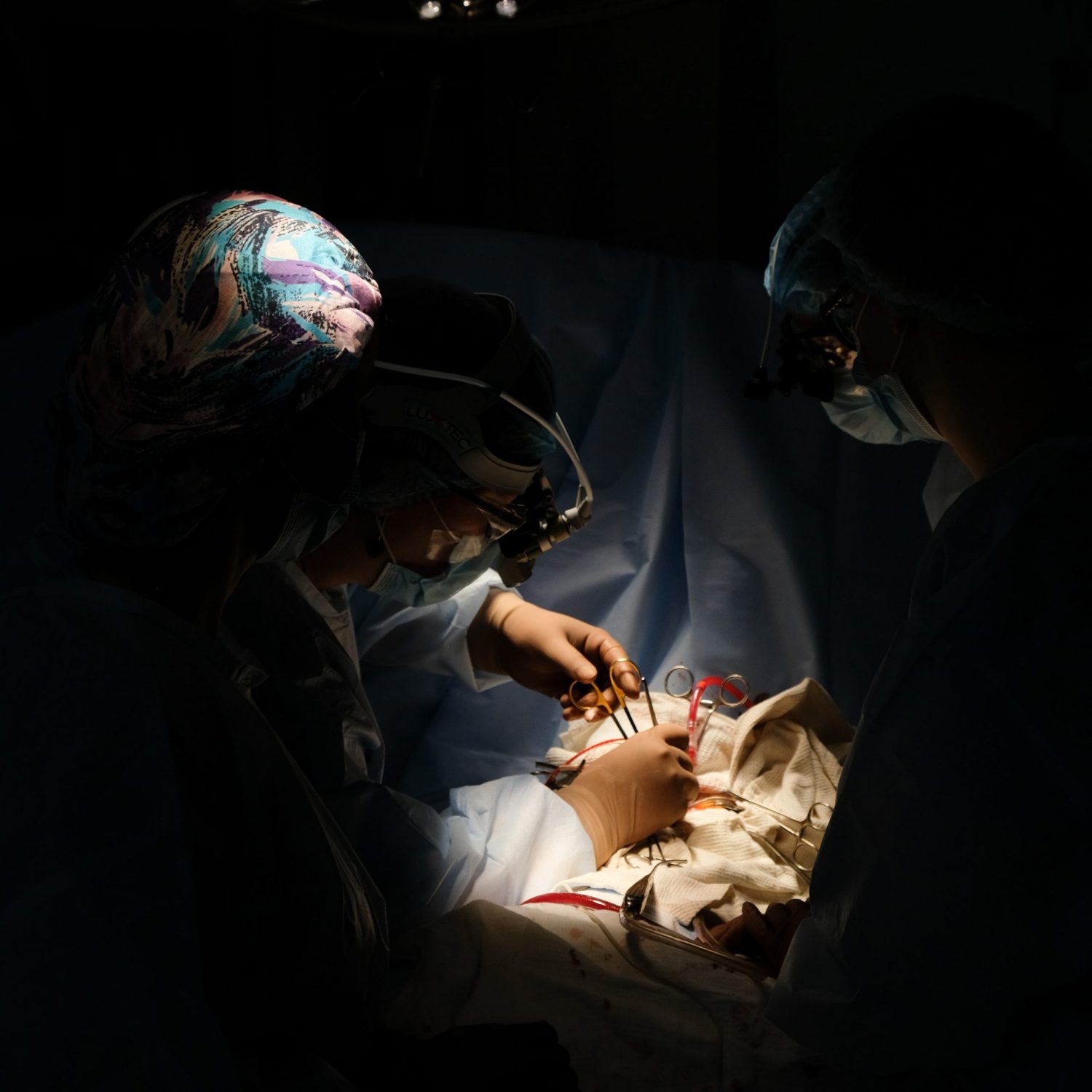 
As the gripping and tragic ‘Chernobyl’ TV mini-series draws to a close this week, a team of Irish funded paediatric cardiac surgeons have touched down in Ukraine in a race against time to save the lives of up to a dozen babies who have inherited the unfolding deadly legacy of the 1986 nuclear disaster.

33 years after the accident at Chernobyl, Adi Roche’s Chernobyl Children International (CCI) is leading the international humanitarian response to the fallout of the worst nuclear accident of all time.  Just 120km from Chernobyl, in the Ukrainian capital of Kiev, the charity is, this week, undertaking life-saving cardiac surgeries for babies as young as 12 hours old, in order to combat the continuing fallout of the accident.

Life-saving open-heart surgeries began yesterday on Monday, 03 June with the first patient being a 6 month old baby boy called Vyacheslav.   The congenital heart defect which he was born with effectively put a ‘ticking clock’ on his lifespan, however as his condition rapidly deteriorated over the past week, CCI’s surgical team was on-hand to work with local teams to save his life.

CCI’s Cardiac Programme has directly saved the lives of over 4,100 children over the past two decades, however the training and teaching undertaken with local teams means that the impact of the missions extends even further.

Leading the mission is Dr William Novick, a world-renowned Cardiac Surgeon who works to save the lives of the most vulnerable children all over the world including Iraq and Afghanistan;

“In no other place in the world that we travel, do we see the number of cases of congenital heart defects that we see here in Ukraine and Belarus.  It’s unprecedented, however Ireland is leading the World in offering a real chance of hope to these innocent children. Countless children would have died were it not for Irish intervention”

The heart is one is the organs most vulnerable to the effects of radiation, and every year, thousands of children in the Ukraine and Belarus are born with life threatening genetic heart diseases and defects. One of these defects is the deadly condition known as “Chernobyl Heart”.

The social, environmental and health effects of Chernobyl are now crossing through generations and will do so for many years to come.  Though the accident at the Nuclear Power Plant took place over three decades ago, there is still a great need for assistance for 2nd and 3rd generations of victims, who have inherited a deadly legacy known as ‘Chernobyl Lineage’, which will continue to pass on to generations to come.

This is just one of many ways in which the 1986 has cast a dark shadow across the affected countries of Belarus, Ukraine and Russia, however Voluntary CEO of CCI, Adi Roche, insists that there is renewed hope for the victims following the powerful mini-series;

“As time has drifted by, telling the story of Chernobyl has become more of a challenge. There are moments when it seems like nobody cares anymore…Until someone like Craig Mazin, HBO and Sky comes along and finds a new way to lift the veil.  The mini-series sees Chernobyl as never articulated or envisioned before.”

The HBO and Sky series, which boasted an impressive Irish cast including Jessie Buckley, brought to life the night of the accident in Ukraine and its resulting fallout, which has gone on to cast a dark shadow across the Ukraine and its neighbouring countries over the past 33 years.

The series has piqued worldwide interest in the almost unbelievable devastating accident that resulted in thousands of deaths.  Following a joint collaboration with the cast and crew of the series at the United Nations on 26 April, Chernobyl Children International thanked the series creators at the United Nations for doing justice to the truth and honouring the memories of those affected by the accident.