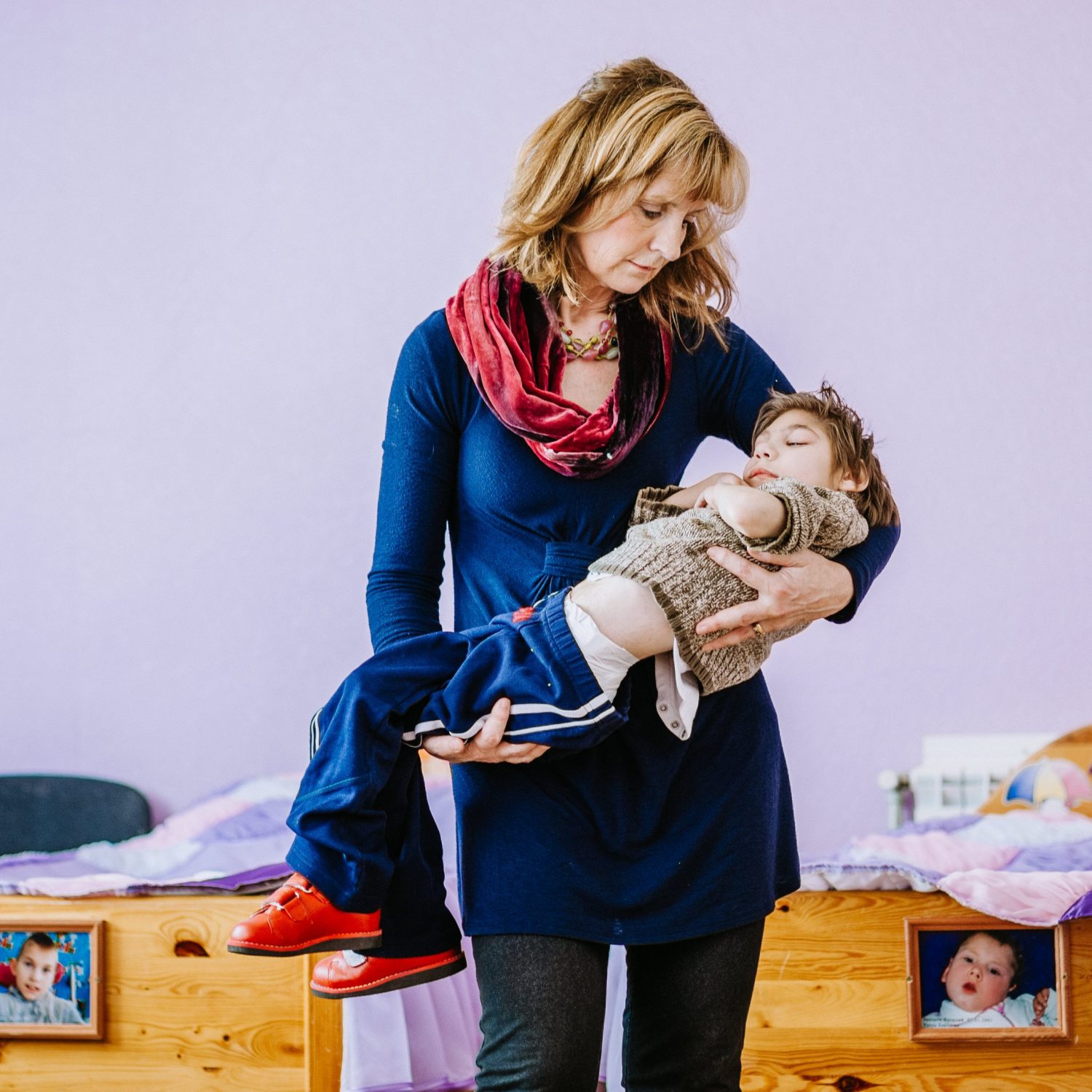 Charity Founder and Advocate, Adi Roche, travels to Belarus to open pioneering programme that will rebuild the futures of abandoned children with disabilities


Adi Roche, Voluntary CEO of Chernobyl Children International (CCI), will today fly to Belarus to officially open a pioneering programme which has the power to transform the futures of children with disabilities who have been abandoned.

Based in an institution known as Vesnova, the ‘Life Skills Unit’ is an education-based model home which will develop vital skills, including literacy and numeracy, enabling children living there to retain their rights upon reaching adulthood.  In Belarus, if a child with disabilities reaches adulthood while in institutional care they become wards of the state which is, in most cases, irreversible.  There is currently no formalised education for children or adults in institutional care, regardless of ability or capacity.

Adi Roche’s Chernobyl Children International (CCI) has pioneered a De-institutionalisation Programme in Belarus and is the leading organisation in giving orphaned or abandoned children a way out of institutions.

CCI works in partnership with Belarusian official agencies in an effort to reform the child protection systems that currently exist through orphanages and institutions.  Roche has worked closely with the Dept of Social Protection, Mogilev in a bid to secure ongoing local commitment to children’s right to freedom.

The Cork based charity, which is the only organisation working in region with UN NGO status, has made a major investment into the development of this programme which includes a total rebuild of a wing in the institution as well as the provision a full-time teacher and classrooms.   It is CCI’s vision that these programmes will one-day be rolled out nationwide in the hopes of eventually ending institutional care of all vulnerable children in Belarus.  Research shows that children who transition out of state institutions have few life skills or preparation for life outside the institution and this reflects in the figures for crime, suicide and early pregnancy.  CCI’s range of early intervention programmes is in keeping with international best practice, which is to prevent children being abandoned in the first place.

There are unique causes of institutionalisation in Belarus, many of which came to the fore following the fallout from Chernobyl.  Since the Chernobyl accident of 1986, there has been a marked increase in children being born with mental and physical illnesses and disabilities.  There are still 1 million children living in the highly contaminated regions of Belarus and Ukraine today.  In every country, children with disabilities are the most likely to be institutionalised and segregated — and even when countries start to embrace reform, disabled people tend to be “left behind” and the last to benefit from reforms. Poverty, along with a lack of a cultural commitment to community support, meant that orphanages and mental asylums were considered the most effective way of managing this perceived problem.

For the past 3 decades, CCI has championed disability rights for children and young adults in Belarus through both practical intervention and advocacy on legislation, regulation and policy.  CCI is working with actors at various levels to change the “way of thinking” about solutions; away from supporting institutional care towards community care supports and children’s rights.

Roche will be joined at the official opening of the Life Skills Unit by newly appointed CCI Director Julie Shynkarenka, who herself is a Chernobyl survivor who is now residing in Ireland.