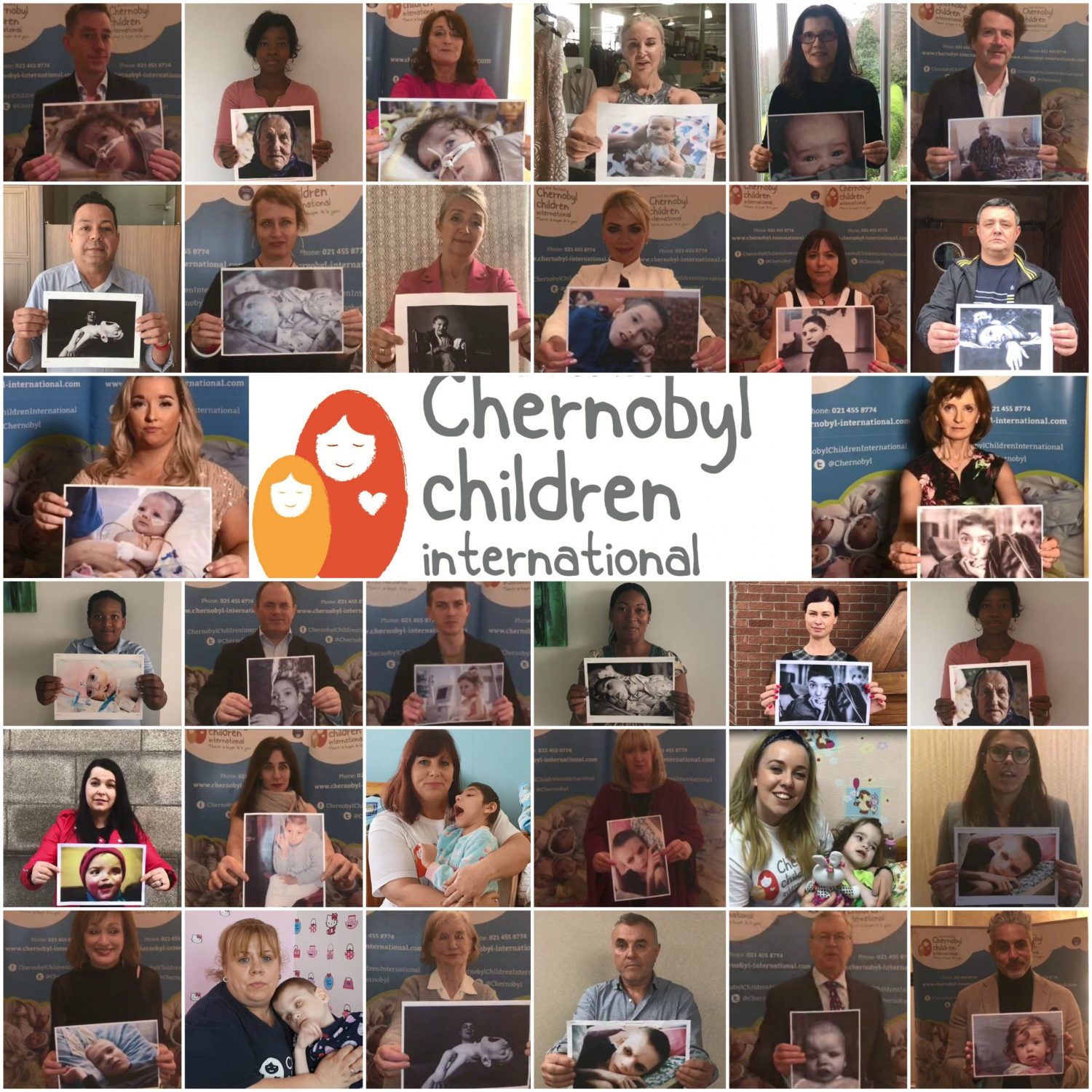 
“I will not forget you” campaign launched.

26th April 2018 marks 32 years since the devastating accident at the Chernobyl Nuclear Power Plant, as well as the second United Nations Chernobyl Disaster Remembrance Day, and a host of Irish celebrities are using their voices to inspire hope and to remember the victims of the world’s worst nuclear disaster.

“I will not forget you” – a campaign by Adi Roche’s Chernobyl Children International (CCI) – is raising awareness for the generations of victims who have been affected by and will continue to be affected by the disaster of 1986.  The United Nations designated day of commemoration was ratified following Adi Roche’s passionate plea to the UN on the 30th Anniversary of the Chernobyl disaster in 2016.

Speaking about the importance of the campaign, CCI’s Voluntary CEO Adi Roche said;

“There is an impression that Chernobyl is something that happened a very long time ago and no longer poses a threat to the world but the reality is very different. We are harnessing the power of social media to spread a message of hope because Chernobyl ‘was forever’, Chernobyl ‘is forever’ and the impact of that single shocking nuclear accident can never be undone.”

“There is an urgent need to highlight the consequences of the Chernobyl and nuclear legacy for successor generations.  It is inspiring to see so many people, in so many languages and places, lend their voice and use their platforms as a tool to raise awareness, expressing a message of hope with the victims of Chernobyl particularly the innocent children.”

CCI provides sustainable medical and humanitarian aid to the Chernobyl affected regions of Belarus and Ukraine, equating to over €105 million since 1986.  Though the accident at the Nuclear Power Plant took place over three decades ago, the charity continues to witness and experience a great need for assistance from 2nd and 3rd generations of victims, who have inherited a deadly legacy known as Chernobyl Lineage.

Adi Roche and CCI are calling on people all over the world to join them in sharing this message of hope and remembrance on 26 April, which is now known as ‘United Nations Chernobyl Disaster Remembrance Day’ following advocacy undertaking by Roche at the United Nations General Assembly in 2016.