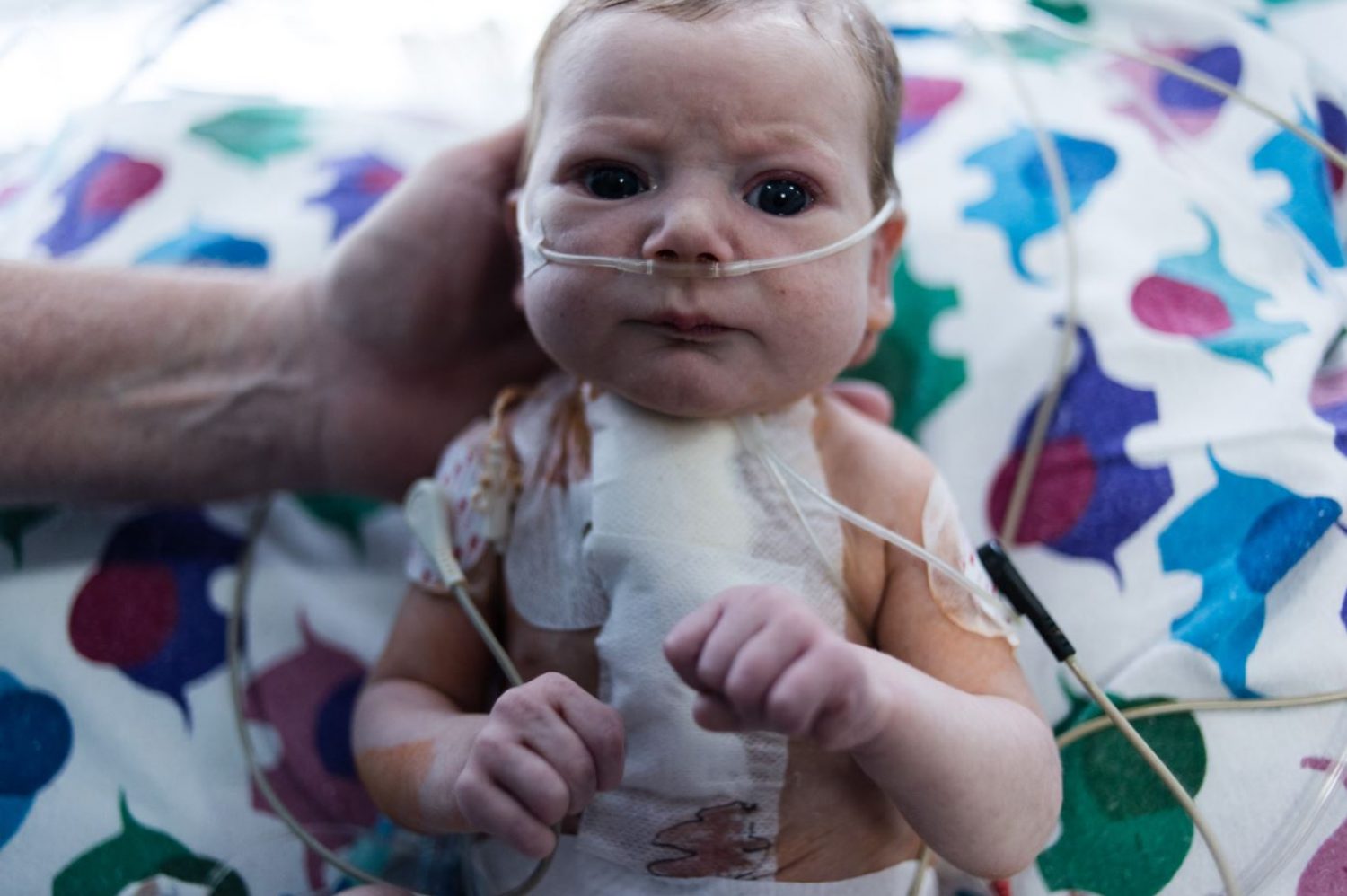 
In a Christmas story of hope and compassion, a Chernobyl Children International funded “Flying Doctors” team working in strife-torn Eastern Ukraine has this week completed a milestone 4,000th life-saving operation on children suffering from the congenital cardiac defect known as “Chernobyl Heart”.

Among the 4,000 was two-month old baby, Artur Shirov, whose family made a dramatic dash, through the frontline battle zone between entrenched Ukrainian Government troops and breakaway rebel forces, to get him the specialist, life-saving, micro-surgery he desperately needed.

Artur was born in Luhansk, the capital of the self-proclaimed pro-Russian Luhansk People’s Republic.  Doctors there realised that, because of limited facilities and lack of local training, he had little chance of survival unless he could be brought to the cardiac hospital in Kharkiv where an international team of Volunteer Cardiac Surgeons were operating.

The team flown in by Adi Roche’s Chernobyl Children International (CCI) charity immediately agreed to undertake the necessary open heart surgery on Artur, if he could be brought from the breakaway region to the main state run hospital in Kharkiv.

Taking the opportunity of a brief ceasefire in the regular shelling across the frontline, Artur’s parents made the hazardous journey through the “no man’s land”.  CCI Volunteer Surgeons, alongside local Ukrainian surgeons the Irish charity had trained, successfully completed the complex, 9-hour long, open-heart cardiac surgery that saved little Artur’s life.

The Cork based charity launched its ‘Flying Doctors’ Programme in Belarus in 2003 and later extended its work to Ukraine.  Now, CCI has enabled local surgical teams in both countries to carry out surgeries in between missions so that they’ve gone from zero to hundreds life-saving surgeries per year.  Volunteer surgeons from the US, Canada and Ireland have supported the Irish-funded initiative and have saved the lives 4,000 young children who were battling life-threatening congenital heart defect such as the notorious ‘Chernobyl Heart’.

“These innocent, vulnerable children put their hearts in our hands and one by one we try make miracles happen.  When we sponsored our very first Cardiac Mission, we could never have dreamed of one day having saved 4,000 children’s lives…little Artur’s story is one of hope for the future.  It is truly a good news Christmas story!”

The volunteer surgeons donate their time, expertise and supplied which reduces the cost of each operation to just €1,000.  Since 1986, Chernobyl Children International have delivered €105 million worth of aid delivered to impoverished communities and children across Chernobyl regions since 1986.