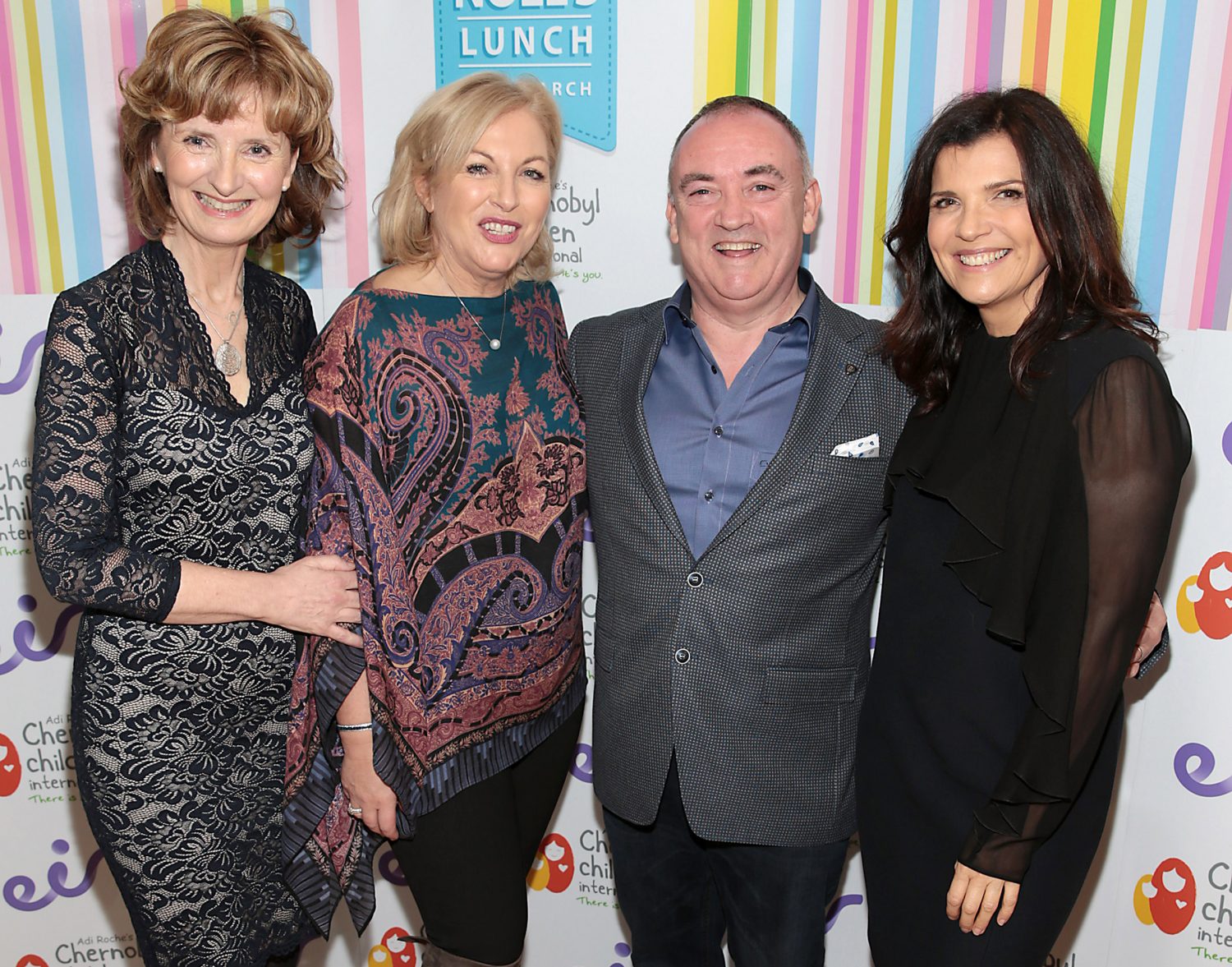 That’s according to CCI’s Voluntary CEO Adi Roche who said many of the children who born in the region, with congenital heart defects such as a condition called ‘Chernobyl Heart’ wouldn’t live beyond their sixth birthdays without life-saving open heart surgeries that CCI funds for impoverished families.

Well known figures from Irish Broadcast and Entertainment industries came out in force to show their support for the charity’s event.  Broadcasting legends Pat Kenny and Mary Kennedy, journalist and broadcaster Dave Fanning, Liveline host Joe Duffy, Emmy award winning Baz Ashmawy as well as rising star Doireann Garrihy are just some of the guests who supported the event.  The reigning International Rose of Tralee Dr Jennifer Byrne was also in attendance having recently returned from volunteering in Belarus with the Irish charity.  Each year the event is supported by the full voluntary Board of Directors of CCI, which is chaired by Peter Lacy and includes Ali Hewson as well Chernobyl survivor Julie Shynkarenka.

Speaking at the event was Anna Gabriel who, at the age of 4, was rescued by Adi Roche and Ali Hewson and later adopted by the Gabriel family from Bandon, Co Cork.   In 1992, Adi and Ali travelled to a baby orphanage in Minsk, Belarus where they met and fell in love with Anna.  She was a tiny baby, born completely deaf with no ear canals, her legs were severely deformed and she had an extra finger on both her thumbs.  Anna suffered from severe social deprivation and neglect.  At the orphanage, Anna had little chance of survival as the standard of medical care was extremely poor and if she reached the age of four she would be automatically moved to a mental asylum.  Following Anna’s adoption, her life was transformed.   She underwent arduous medical assessments and spent long periods in hospital.  She had a hearing aid and bone conductor fitted which improved her hearing and speech beyond expectations.  At the age of 13 Anna was fitted with prosthetics for her legs meaning that she now stands proudly at 5ft 3in…having been just 3ft 5in before.

Anna, whose Godmother is Ali Hewson, spoke about her memories and life’s experiences in an emotionally charged speech at the lunch;

“I am very honoured and privileged to have been asked to say a few words here today on behalf of the many children who are in institutions all over my former country Belarus. Adi and Ali plucked me out of misery just in time, and gave me the best life anyone could ever have. Today can I use this opportunity to thank Adi and Ali from the bottom of my heart   for saving my life, and for everything they have done for me, for being my friend, my rock and my strength.”

The importance of Anna’s powerful speech and the event were echoed by CCI’s Voluntary CEO Adi Roche, who said;

“Anna is living testament to the power of intervention and this lunch will mean that so many young children still living in Chernobyl’s shadow, will have the chance of a long and fulfilled life.  Anna is an inspiration to so many, including myself, as she has overcome so many obstacles to become a positive role model and highly accomplished young woman.”

Before the lunch, guests enjoyed a drinks reception sponsored by Marks and Spencers.  Businesses from all over the country showed their support for Liz and Noel’s Chernobyl Lunch with weekend breaks at a selection luxury resorts including Dromoland Castle, Lough Eske and the Talbot Suites as well as a selection of prizes ranging from a gift voucher for The Blue Book and Personal Training from star trainer Karl Henry.