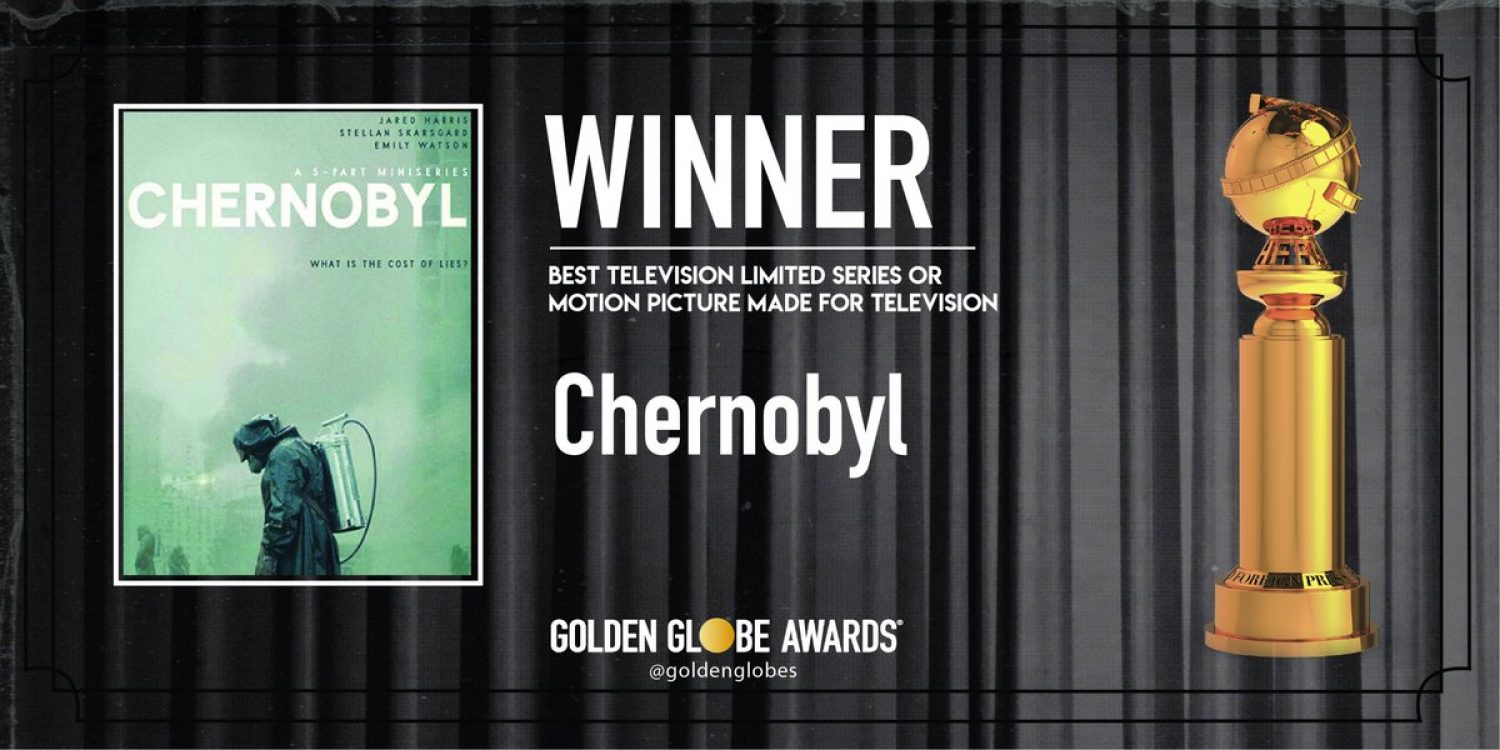 
The accomplished cast and crew of the ‘Chernobyl’ mini-series have started the year as they mean to continue by scooping two awards at this year’s Golden Globes.

The five part HBO/Sky mini-series has already been nominated for 47 awards and has won 33 since exploding on to our screens last May.  This raw and real series which tells the truth behind the Chernobyl disaster of 1986, has already won ten Emmy Awards, and was last night named Best Limited Series at the 2020 Golden Globes.

Stellan Skarsgard the actor who plays Boris Scherbina in the hit series also won Best Supporting Actor in a TV Series earlier in the ceremony. 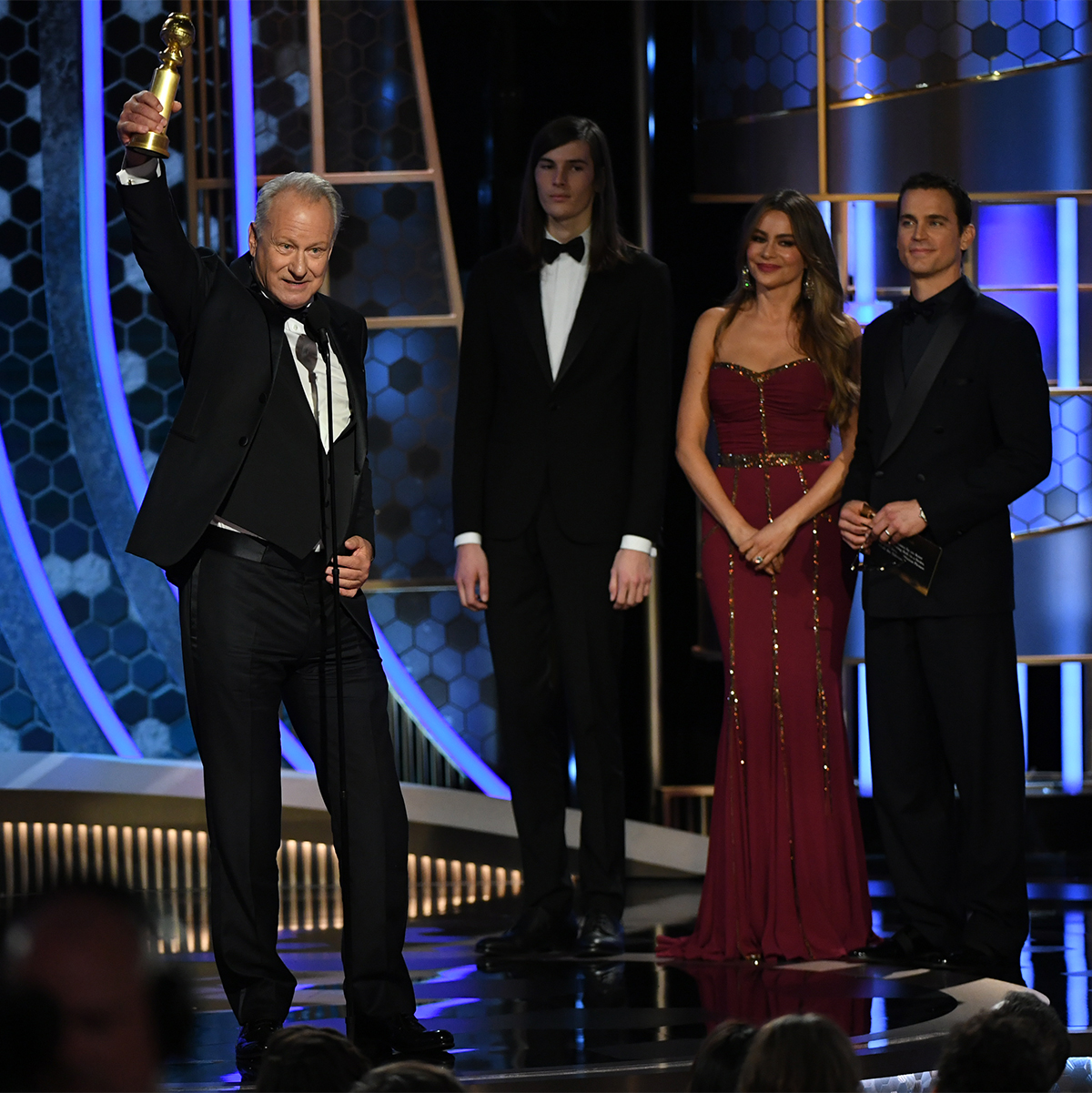 We would like to congratulate the cast and crew and the talented series writer Craig Mazin on this outstanding win and to thank them for the awareness that they have brought to the plight of the many victims of Chernobyl with the series.

As series Executive Producer and Writer Craig Mazin has said himself : ‘You think you know what happened at Chernobyl, but you have no idea…it was hours away from being so much worse’.

This mini-series, reveals to a new global TV audience the ignominy, the betrayal and the heroism behind the deadliest nuclear accident in history. With the passing of time, disasters like Chernobyl can fade from the headlines, the global consciousness, and the memory of ordinary people.  And then comes a series after 33 years, confident enough to proclaim itself and its intent with that single, haunted, forever place-named ‘Chernobyl’ and for this we will be forever grateful.