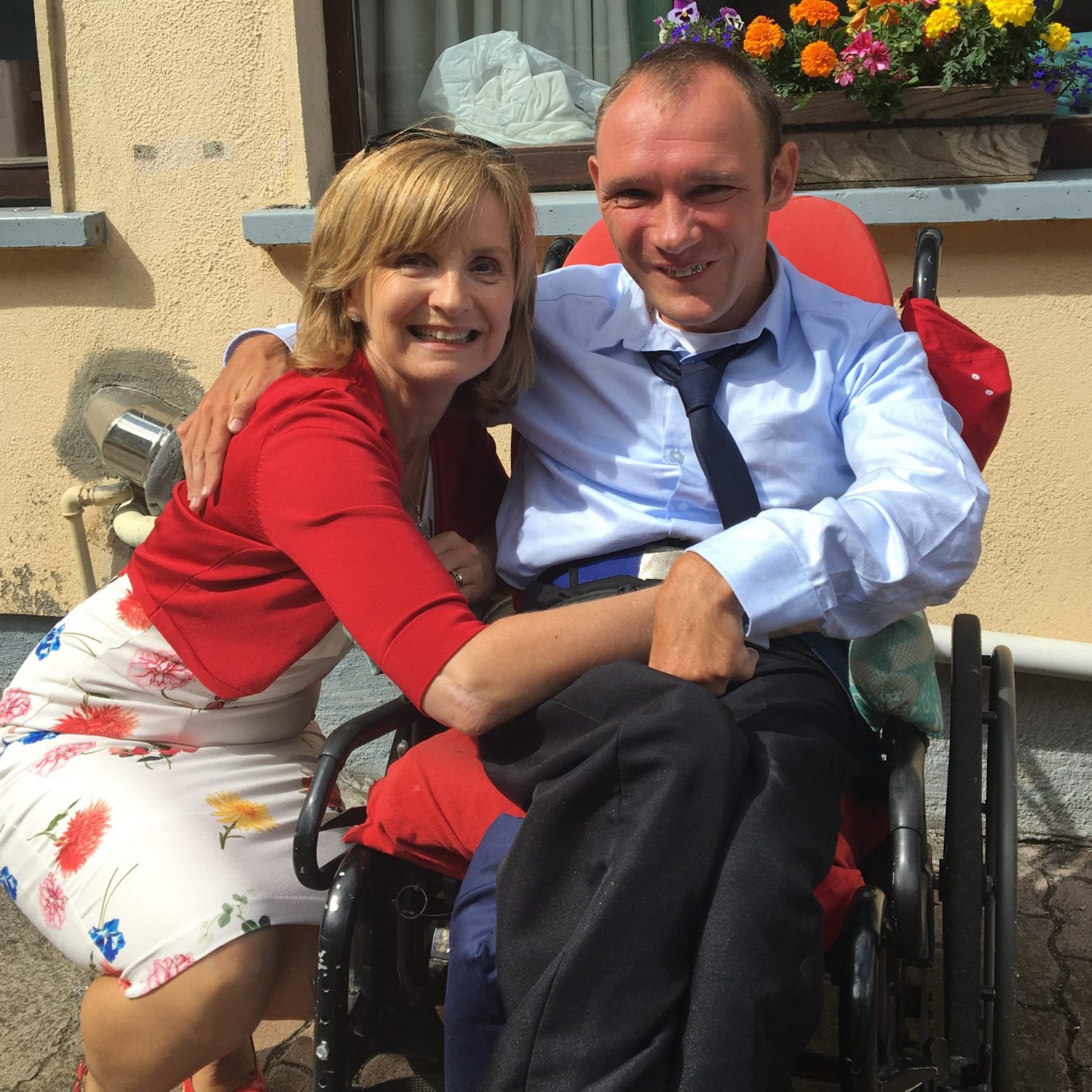 ‘His own home… free to live as he chooses’


The following piece was written by Adi Roche and was featured in the Echo on Wednesday, 18 August.

Orphaned and abandoned children, who have grown up in institutions in Belarus, can now begin living independent lives for the first time ever, as ADI ROCHE of Chernobyl Children International explains

I CAN still remember the first time I went to Vesnova Children’s Institution. I was struck by the bleakness of the exterior, physically at the end of a road which was like a message to the children; ‘you’ve reached the end of the road/end of life’. The only way out would be a coffin or an adult institution.

That was only the beginning. Inside, my nostrils were assaulted with the smell of human decay, waste, and death. In locked units, children were in straitjackets, tied to radiators. The lice-infected children were suffering from malnutrition and there was an all-pervasive smell and presence of death.

After the initial ‘shock’, we got to work and over three decades we have created a place that restores dignity, and basic human rights.

However, over time, we started to question our work in the institutions/orphanages, and we began to ask ourselves if what we were doing was ‘best serving’ the children, by propping up those places — were we becoming part of the system of segregating babies, children, young adults from their families and communities?

We had to face the reality that we needed to rethink our approach and we knew it was not going to be a quick fix. We had a huge turning point when we began to research the area of global institutionalisation, and we then revolutionised our work and completely changed our direction.

It is not that long ago that Ireland committed to shutting down the many institutions throughout the country, that had incarcerated many young women and their children, and people with an intellectual or physical disability. Over time, attitudes changed, and thankfully the need for those institutions is now redundant in Ireland.

The needs of the children have always directed the areas of our work in Chernobyl Children International. Many years ago, a young boy came to me and asked me to help him leave the institution in which he was trapped due to his physical disability.

He wanted to live a free and independent life, but he was left to languish in an institution for the rest of his life. 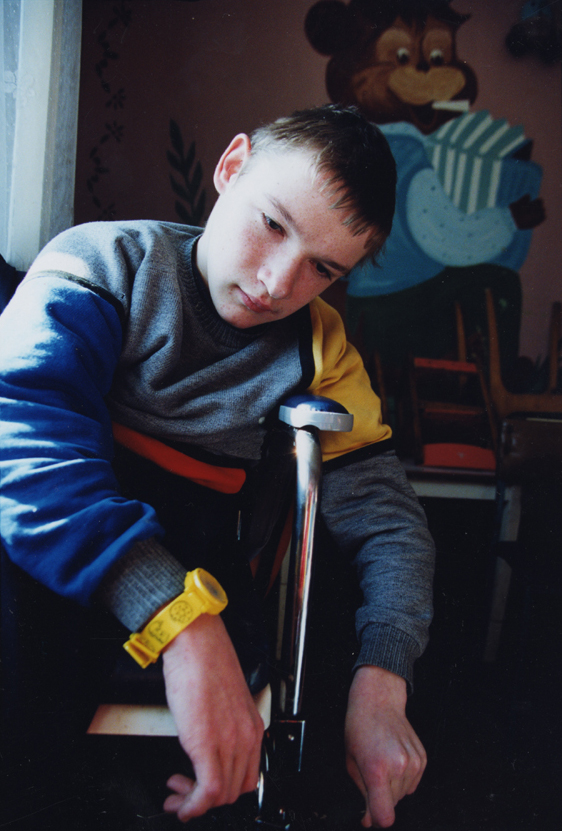 Sasha Levkin as a young boy in Vesnova Children’s Institution

This heart-breaking plea drove me to battle the bureaucracy for two decades and to fight for the right to live in freedom for the many children and teenagers like this young boy, who are trapped in institutions with no hope.

We believe it is a basic human right to have a place to call home. To ensure that children are no longer dehumanised and languishing in bleak, custodial state orphanages and institution-based care, we have developed programmes that advocate for the rights of children.

Our latest breakthrough in helping individuals break free from incarceration and segregation from their communities is the opening of a new 18-apartment Independent Living Home in the town of Chausey, in eastern Belarus.

The objective of this pioneering initiative is to show that with education, training, and support, people with disabilities can live a completely independent life and can become active members of society.

This ground-breaking Independent Living Home is the very first of its kind in Belarus and the development of this project was funded by Irish donations.

Our long-term ambition is for this model to be rolled out across Belarus and bring an end to enforced incarceration and institutionalisation of orphans and abandoned children who have grown up to be young men and women with ambitions and dreams.

The young boy who came to me all those years ago, Sasha Levkin, is now one of the first residents to move into this new Independent Living Home.

It is a dream come true for Sasha, and it is the beginning of his new life. He now has his own home and is free and has the right to live how he chooses.

The opening of the independent living complex at Chausey was made possible by the people of Ireland and is an enormous breakthrough that has come about after years of painstaking negotiations and the establishment of training programmes to prepare young men and women for the transition from institutional life to fully independent living. This is our most ambitious and sustainable project yet and will be our lasting legacy, offering a safe pathway out of institutions for the countless children and young adults still segregated and captive within the walls of prison-like institutions.

The Echo was the first newspaper to tell the story of Chernobyl and to share the true impact of disaster all those years ago. Words fail to express the gratitude that I feel for the generations of Echo readers, who have opened their hearts and homes to the Chernobyl Children.

Even though there can be times when the obstacles we have to overcome in our efforts to help the children of Chernobyl can seem insurmountable, gestures of kindness such as those of the Echo readers, restore our faith in the inherent decency of humanity and help us to continue our life-saving work.

The people of Ireland, and in particular, the people of Cork, have never forgotten the children of Chernobyl.

On the fateful morning of April 26, 1986, the nuclear reactor in the Chernobyl Nuclear Station exploded, spewing 190 tons of deadly contaminating radiation 7km into the night sky which was then carried by the prevailing winds northwards.

The accident — which was immediately surrounded by denial and cover-up by the Soviet Union — affected the lives of seven million people in Ukraine, Belarus & Western Russia. Radiation levels were so high that 2,000 towns and villages, were demolished and buried beneath millions of tons of earth.

In 1986, as a young volunteer with the Irish Campaign for Nuclear Disarmament, Adi Roche along with volunteer doctors, provided an emergency information hotline, to give information to the Irish public who were deeply concerned about the fallout from the Chernobyl disaster. In 1991, they received a desperate plea for help via fax from Belarusian doctors, who revealed how severe the situation in the Chernobyl region really was. Adi’s response was immediate, and she coordinated the first group of Chernobyl children to arrive in Ireland for a recuperative holiday that summer. In the years that followed, we focused on getting as many of the Chernobyl child victims out of the dangerous radioactive environment and getting them to the clean Irish environment for Rest & Recuperation.

Volunteers then joined to drive dozens of convoys of urgently needed humanitarian aid, and in the process, encountered hidden orphanages and mental asylums across the Chernobyl region where children lived in appalling conditions. Today the charity still continues their work with these children and families. To find out more about the work of Chernobyl Children International, visit www.chernobyl- international.com. 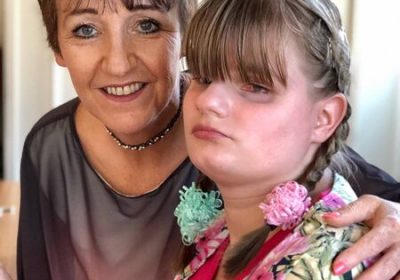 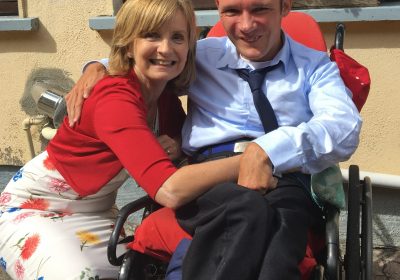 ‘His own home… free to live as he chooses’ 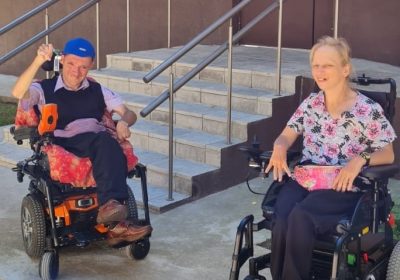 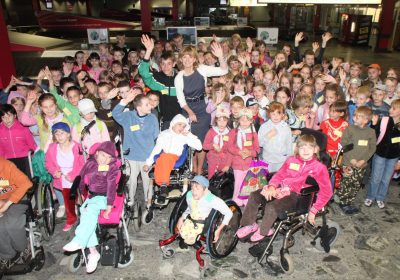 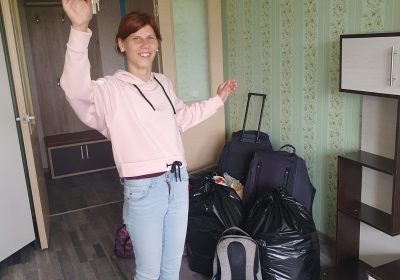 Masha Gets the Keys to her Freedom! 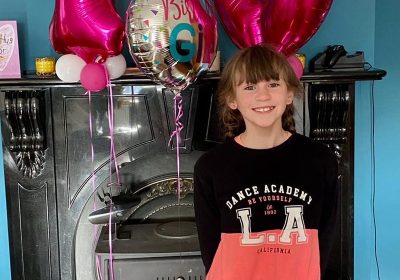