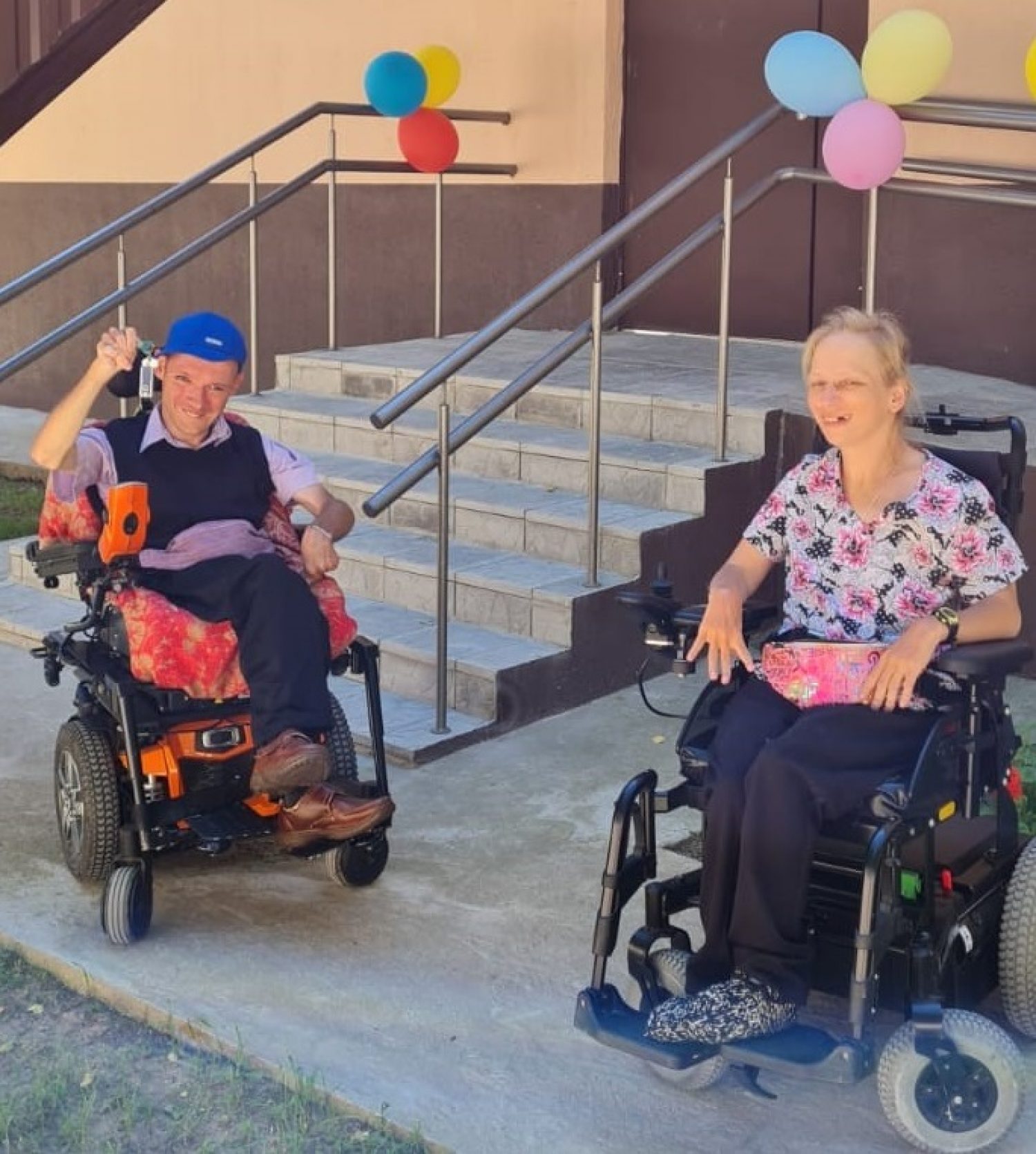 
Orphaned and abandoned children, who have grown up in institutions in Belarus, can now begin living independent lives – for the first time ever – as a result of a 20-year campaign by the Adi Roche Chernobyl Children International (CCI) charity.

Under existing Belarusian law, orphaned children and teenagers with physical or intellectual disabilities are transferred to adult mental asylums and institutions on reaching 18 years of age and are kept there for the rest of their lives.

But now, in a hugely significant development, which was advocated for by CCI and introduced by the Department of Social Protection in Belarus, young adults will be entitled to move into Independent Living Homes – the first of which was opened this month in the town of Chausey, in eastern Belarus. Thanks to Irish donations, €300,000 was invested into this development by Adi Roche’s Chernobyl Children International.

Speaking about this momentous occasion, Voluntary CCI CEO, Adi Roche, said ‘The opening of the independent living complex at Chausey is an enormous breakthrough which has come about after years of painstaking negotiations and the establishment of training programmes to prepare the young men and women for the transition from institutional life to fully independent living. It is going to change forever the lives of now young men and women who have over the years developed very close links with Ireland.’ 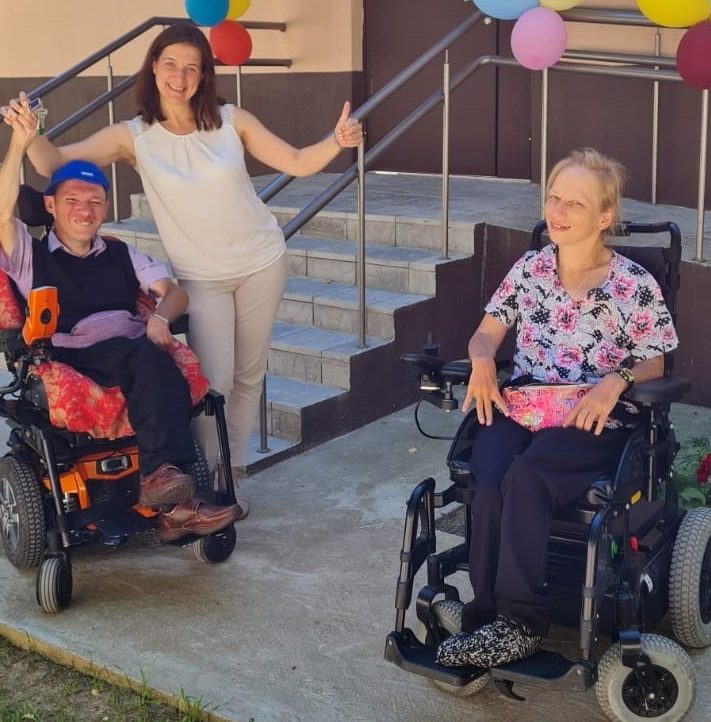 One of the first young men to move into the complex will be Sasha Levkin, who has been coming to Ireland to stay in Bray and Kilkenny for many years through CCI’s Rest and Recuperation Programme.  Sasha is well known within both communities and his host family in Bray – the Meaney’s – say they are delighted that Sasha will now be able to move out of the orphanage at Vesnova where he has spent most of his life and live independently.

It is a dream come true for Sasha, who said: ‘This is the beginning of my new life…I now have my own home, my own beautiful apartment.  I am so happy to be free and to have the right to do all the things that people in Ireland can do.  I am deeply grateful to all my Irish friends and family for making this possible.  Thank you, people of Ireland!’ 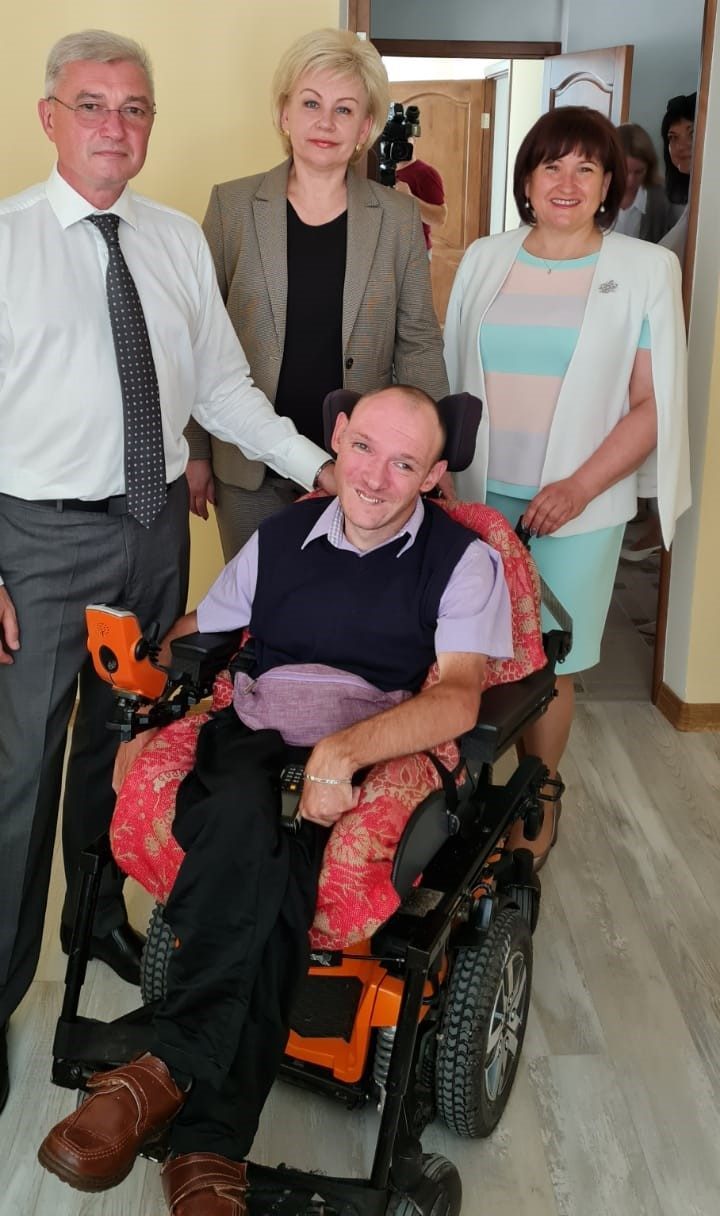 CCI has been working on both a strategic and practical level, towards lifting children and young adults out of institutions for the past two decades.  This process, known as de-institutionalisation, is a long journey, however, the opening of this apartment complex is a huge milestone in CCI’s commitment to De-Institutionalisation.

Roche also said: ‘For over 3 decades, CCI has challenged the bureaucracy, often to no avail, but now we are on the precipice of a revolution of safeguarding vulnerable children and young adults.   This is our most ambitious and sustainable project yet and will be our lasting legacy, offering a safe pathway out of institutions for the countless children and young adults still segregated and captive within the walls of prison-like institutions.’

The Chausey Independent Living Home is a ground-breaking initiative, and the objective of this development is to show that with training and support, people with disabilities can live a completely independent life.  CCI’s long-term ambition is for this model to be rolled out across Belarus and bring an end to enforced incarceration and institutionalisation of orphans and abandoned children who have grown up to be young men and women with ambitions and dreams.