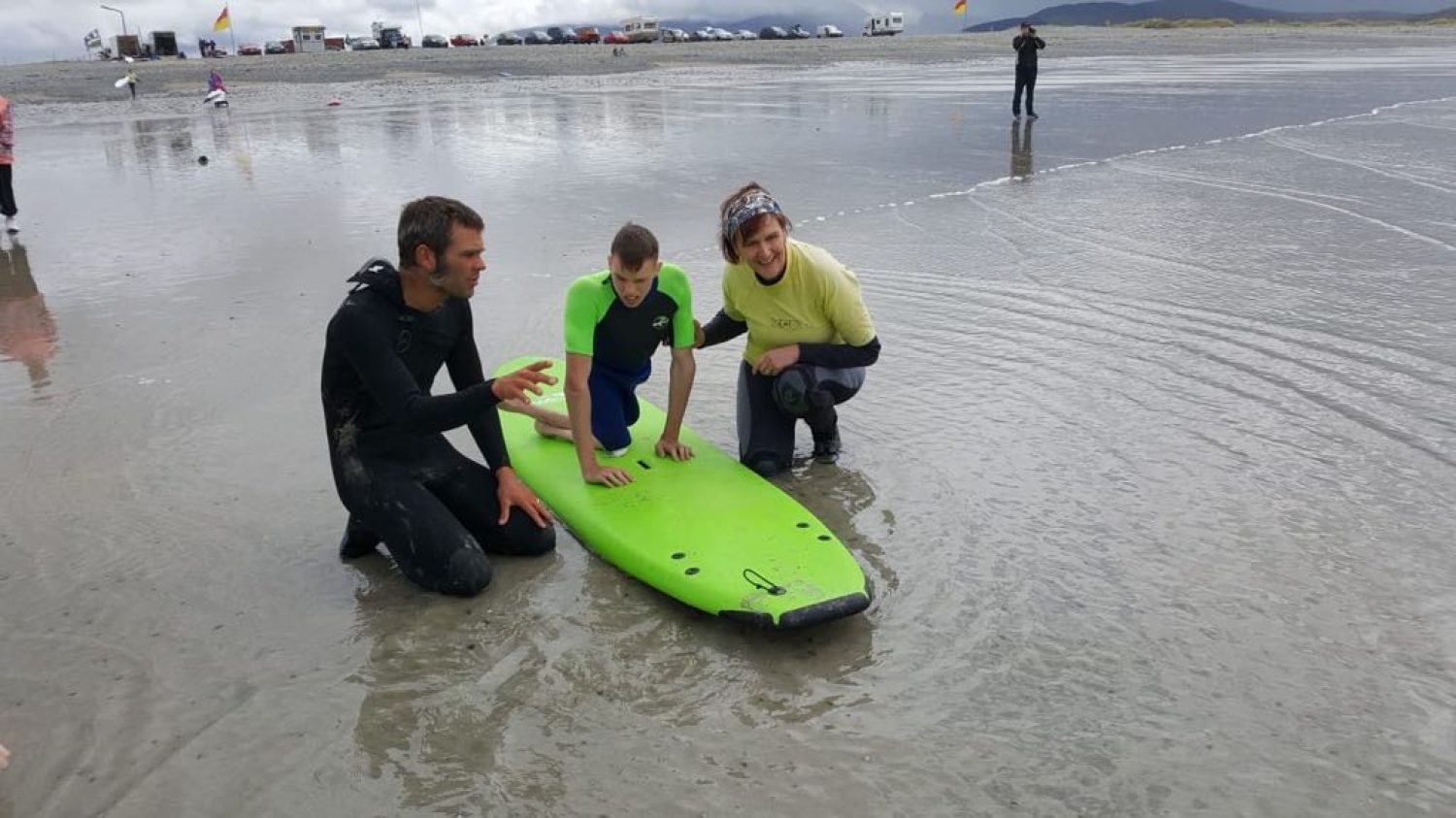 
17-year-old Igor Shadkov has, this week, reached a major milestone in his personal development in Castlebar, Co. Mayo.  Thanks to the nurturing care of his loving host ‘Mama’ Marie Cox and family, Igor made a brave move earlier this week by not only entering the sand for the very first time, but also ‘diving in at the deep-end’ and taking a surfing lesson to acquaint himself with the sea!  The one-to-one care, compassion and support that Igor has received through CCI’s Programmes and volunteers has enabled him to take this brave leap of faith, and without which this special moment may never have happened.

Igor, who has a range of physical and developmental disabilities, lives in rural Belarus in an isolated children’s institution known as Vesnova.  Through Chernobyl Children International’s Rest and Recuperation Programme Igor has been coming to Ireland and staying with the loving Cox family from Castlebar for many years, although he has been unwilling to touch sand or enter the sea at the beach up until now.

Igor is just one of thousands of children who were abandoned to bleak Institutions as babies. When CCI first found Igor, the conditions in which he lived where inhumane. He was in a feral-like state, with severe behavioural problems as he was prone to biting, scratching and spitting. Igor has lived with huge physical impairment all his life, with his whole world being on the ground.  A wheelchair specially adapted to Igor’s needs, provided by CCI, has given him mobility and freedom.

Over the years, thanks to CCI’s intervention, he has developed into happy boy with vastly improved communication and interpersonal skills, which is evident by the bravery and determination he demonstrated on the beach this week. 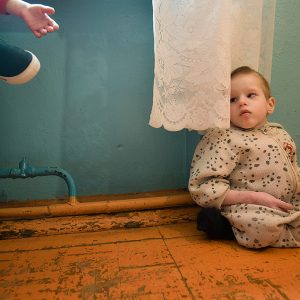