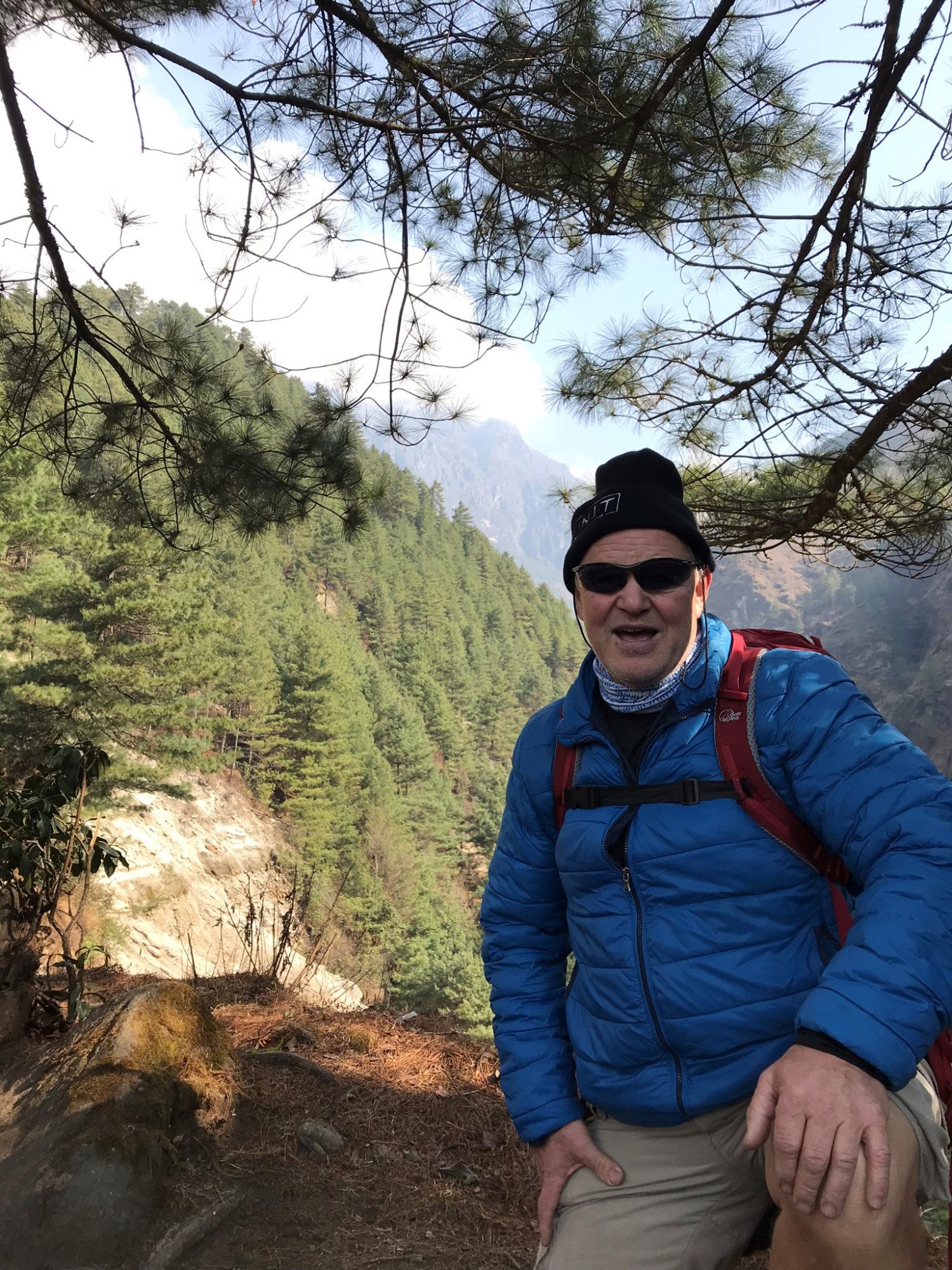 
CCI were over the moon to be contacted by an incredible man in recent weeks, Ken Smyth, who is climbing Mount Elbrus in Russia in aid of CCI…to commemorate his 67th Birthday!

Mt Elbrus is the highest mountain in Europe/Russia and Ken sets off on his journey on Tuesday, 16 July, in the hopes of raising €10,000!  Please donate to Ken’s incredible challenge and help him reach his goal;

We caught up with Ken who shared his journey with us;

It started out as an idea to lose weight, the first step of which was to join a gym.My son Robert,who is a Personal Trainer and owner of UN1T gyms in London took that step with me, I was 107Kgs.

Well 87 Kgs now and over 1,000,000 steps later which included summiting over 40 peaks including Kilimanjaro and Everest Base Camp, will now end by, hopefully, summiting Mount Elbrus – the highest mountain in Europe and Russia and this time it’s for the Chernobyl Children International, as I’m visiting the region worst affected by the 1986 Chernobyl disaster.

Having watched the documentary on the disaster, I really felt so sad for the children whose lives were so tragically ruined and dishonestly taken away from them, and the denials and cover ups that
followed.

So, this is a chance to put a value on how much you care. The amount of money required to replace what these children lost is immeasurable but goes into Millions and Millions of euros.

Let us make a contribution to helping some of these children and raise €10,000 towards Chernobyl Children International.
We all set ourselves goals and challenges, it keeps us focused to achieve in our lives to succeed, and
we have the freedom to choose whatever that challenge might be. But these children had no choice in deciding their challenge, which is just to survive with their illnesses and disabilities resulting from an unbelievable disaster.
So let us help them to achieve their challenge which is just to live as ‘normal’ a life as possible.

So please contribute, as little or as large as you can, and let’s try and achieve that €10,000 goal ….
it’s a tall order I may not achieve…it is up to you!

I’m climbing with Ian Taylor who has summited Everest twice, so I’m in safe hands. I’ve been in intense training for 3 months now and nearing the end of my preparations but still a bit to go.

I leave Dublin for Moscow on 16th July and return to Moscow on 29 th July, hopefully after a successful summit.
There is talk about me doing a blog you can follow … but I’d sooner climb Mount Elbrus twice. But we’ll see.

All my fees, flights and charges have been fully paid for by me and my company…I’m doing this to celebrate my 67th birthday and do some good for the less privileged , rather than paying for a booze up ..

All funds you contribute will go directly into the Chernobyl Children International Account.
Don’t forget to contribute. 👊👊👊
Thank you!