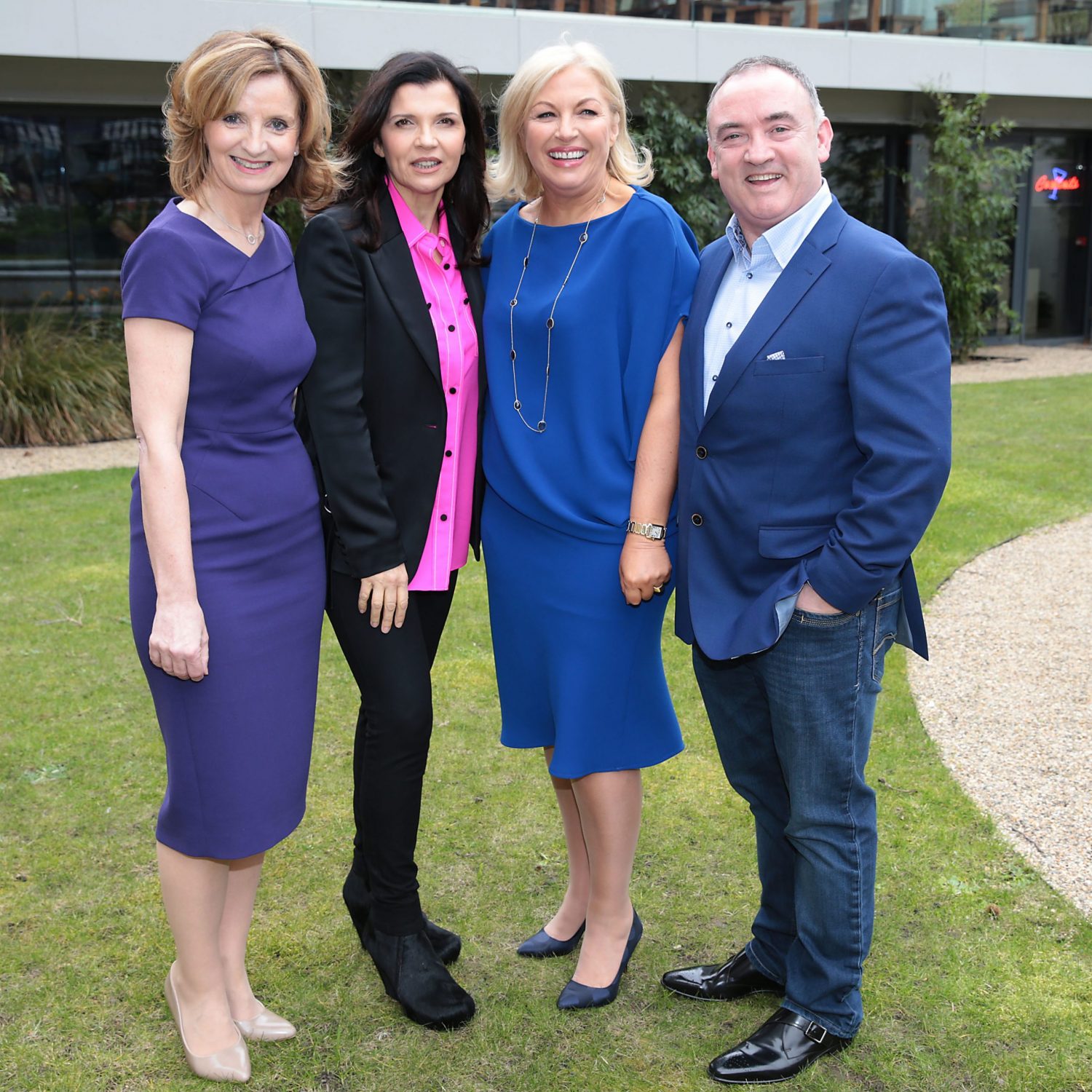 
Liz and Noel’s Chernobyl Lunch – an annual fundraiser hosted by MSD Director of Policy and Public Affairs and Chernobyl Children International (CCI) board director Liz O’Donnell, along with businessman, talent manager and CCI board director Noel Kelly – plays a major role in helping to save the lives of hundreds of children born with genetic heart defects in Eastern Ukraine.

That’s according to CCI’s voluntary CEO Adi Roche who said many of the children who born in the region, with congenital heart defects such as a condition called ‘Chernobyl Heart’ won’t live beyond their sixth birthdays without life-saving open heart surgeries.

Well known figures from Irish Broadcast and Entertainment industries came out in force to show their support for the charity’s event. Broadcasting legend Pat Kenny, 2FM DJ, journalist and broadcaster Dave Fanning, Emmy award winning Baz Ashmawy, style gurus Lisa Fitzpatrick and Yvonne Connolly as well as Operation Transformation’s Dr. Ciara Kelly and Karl Henry were just some of the guests who supported the event.  Each year the event is supported by the full voluntary Board of Directors of CCI.

Speaking in advance of the event Former Minister and CCI Board Director Liz O’Donnell said, “Adi Roche and Chernobyl Children International are wholly dependent on the support of individuals and corporate donors to sustain their critical lifesaving work. It would be too easy to dispatch the suffering and unmet needs of those affected by the worst nuclear disaster to history.  For three decades Adi Roche has not only provided medical and humanitarian aid to the most vulnerable children in Belarus and Ukraine she has, through her advocacy, kept the focus on the environmental health and social fallout of the Chernobyl disaster. It is a privilege to support her important work with this event each year.”

Fellow CCI Board Director Noel Kelly said, “I am delighted to be working on the lunch. It’s always a great occasion to meet up with old friends and celebrate the great work of the charity, Adi Roche and to also raise much need funds for the various projects we support in the Chernobyl regions”.

The importance of the event was echoed by fellow CCI board member, Ali Hewson, who said, “In a time of disturbing world stories Liz and Noel’s Chernobyl Lunch is a great moment when CCI can tell the positive news of the work done for children in Belarus and Ukraine, thanks to the support of Irish people and also to state how important it is to continue that work.”

Before the lunch, guests enjoyed a drinks reception sponsored by Marks and Spencers.  Businesses from all over the country showed their support for Liz and Noel’s Chernobyl Lunch with weekend breaks at a selection luxury resorts including Dromoland Castle, Lough Eske and the Talbot Suites as well as a selection of prizes ranging from Holos Skincare to The Blue Book gift voucher.