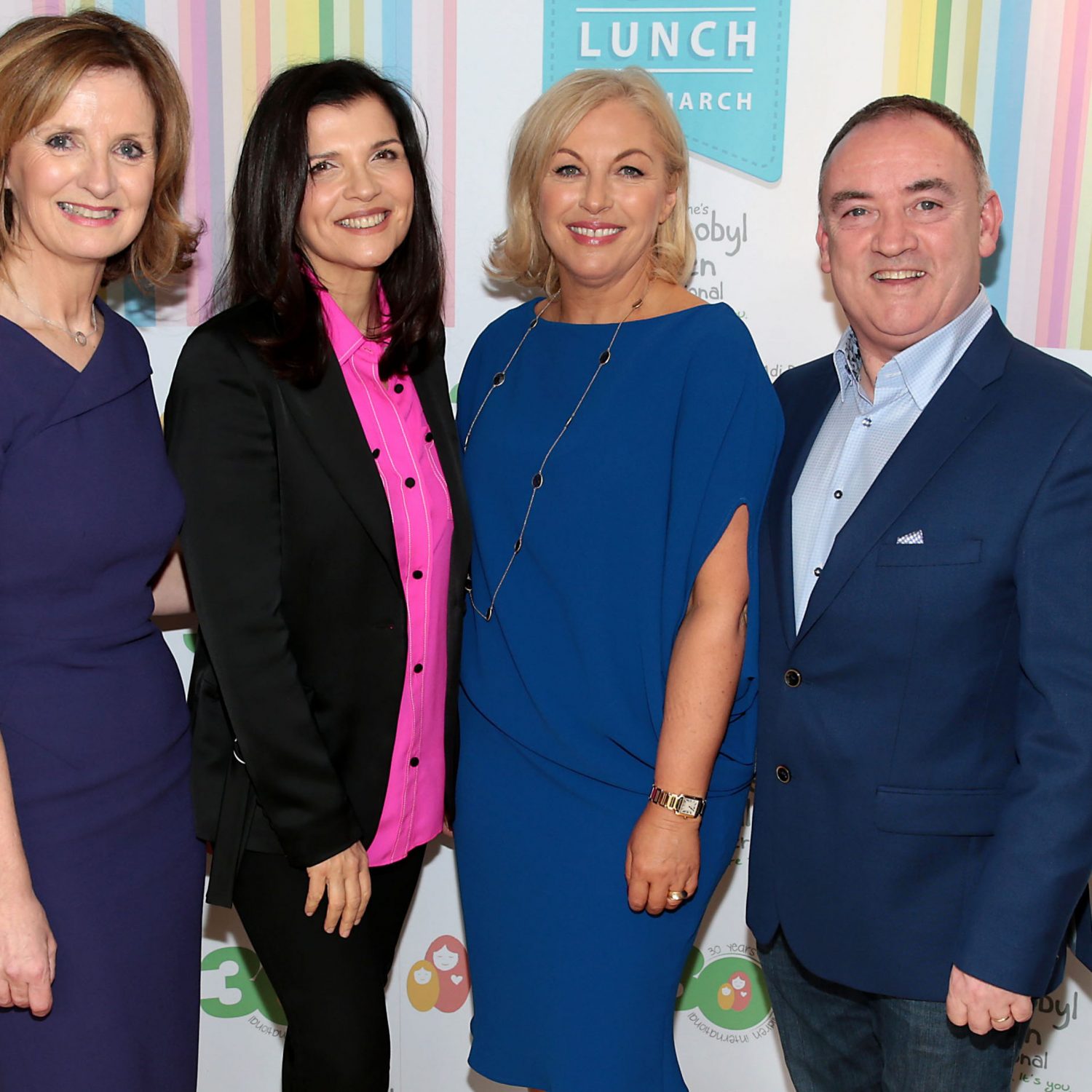 LIZ AND NOEL’S LUNCH FOR BABY HEARTS IN UKRAINE

Liz and Noel’s Lunch for Chernobyl – an annual fundraiser hosted by RSA chief and Chernobyl Children International (CCI) board director Liz O’Donnell, with businessman, talent manager and CCI board director Noel Kelly – was hosted this year to commemorate the 30th anniversary of Chernobyl.

According to Adi Roche, Voluntary CEO of CCI, the cardiac missions which the Lunch supports are, “a race against time” as thousands of children are born every year in the Ukraine with congenital heart defects as a result of Chernobyl.

“All of these children are in need of urgent lifesaving surgery which their families simply cannot afford, were it not for the intervention of CCI, most of these children would not see their sixth birthday. This is a condition children cannot live- but will die with”.

“Thanks to the overwhelming support of everyone at Liz and Noel’s Lunch on Friday, when put alongside the 30 years of work and enduring commitment of thousands of volunteer workers, we have made a lasting impact on the lives of seriously-ill children. There are many more years of work ahead of us but it gives me such hope to know that people still keep the Chernobyl cause so close to their hearts,” she said.

Dr. Igor Polivenok, Head of the Cardiac Unit at the Institute where the operations take place, described the operations as “miracles” for the children and their parents who have been desperately hoping to be selected for surgery which they themselves could never afford.

“It is unbelievable. It’s like a miracle that such a small island has such a big heart. I cannot find the words to express how grateful I am for the support the Irish people have shown us. You have given these poor children a chance of life”, Dr Polivenok added.

CCI board director Liz O’Donnell said, “We are here to honour thirty years of heroic work by Adi and thousands of Irish volunteers supporting the poorest and most deserving people in Chernobyl affected regions.”

CCI board director Noel Kelly added, “Myself and the other board members are delighted to help fundraise for the various projects that Adi Roche has chosen. It’s the 30th anniversary of the Chernobyl disaster and Adi Roche works tirelessly on behalf of the children in the region 30 years later, we could not be more proud of her ”.