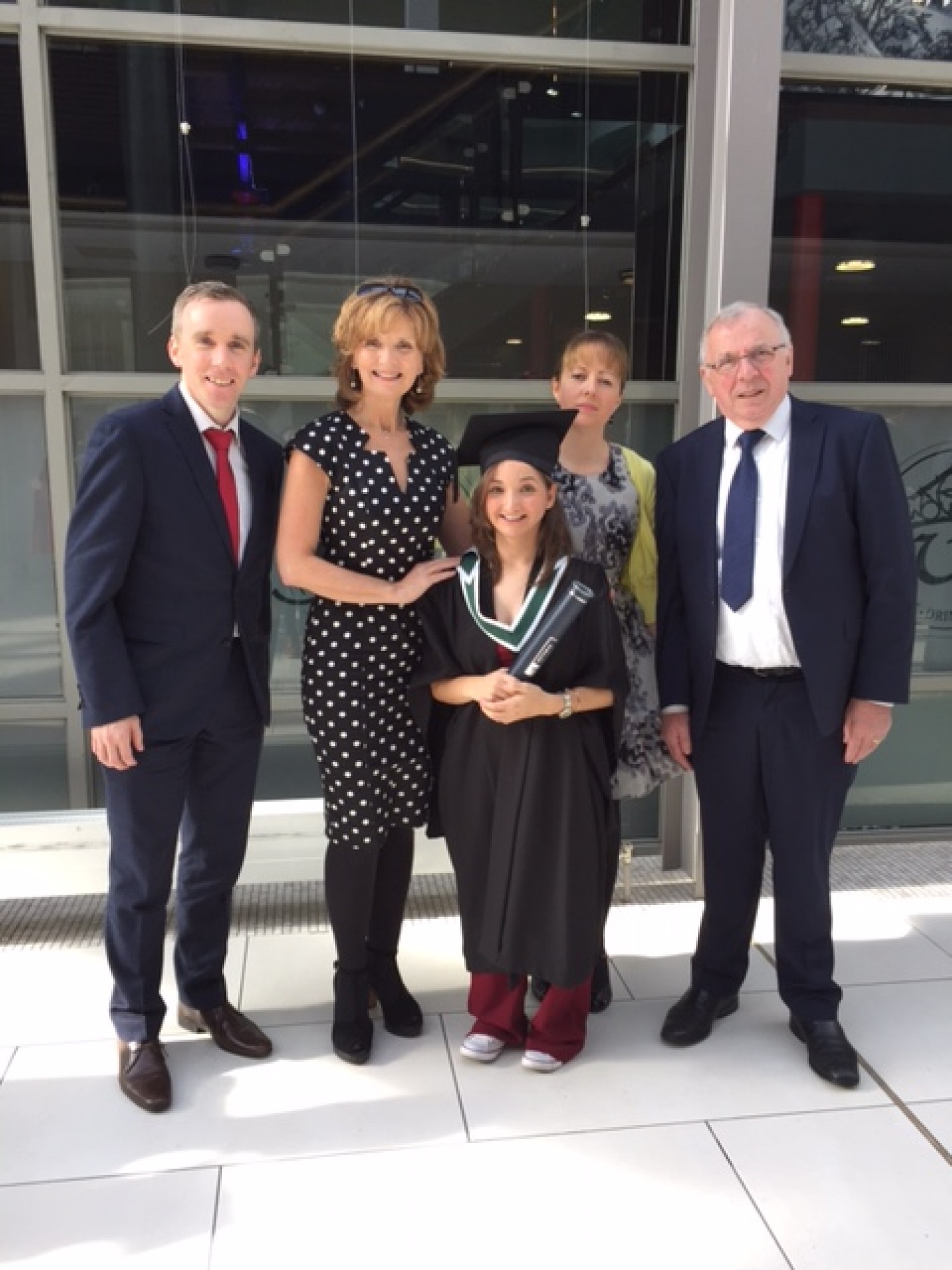 
Today marks a very happy day for our voluntary CEO, Adi Roche, as she attends the graduation ceremony of Raisa Carolan from National University to Galway (NUIG). 23 year old Raisa is graduating with a Bachelors Degree in Forensics.

Today is an especially proud day for Raisa, as she has overcome incredible adversity in her life. Abandoned into the No. 1 Home for Abandoned Babies in Minsk at birth, Raisa moved to the no. 3 Baby Home in Minsk at the age of 4. It was here that Adi Roche and Ali Hewson met Raisa, who was born with significant physical impairments which denied her the ability to walk or even eat properly from an early age. Through Chernobyl Children International’s Rest and Recuperation programme, Raisa was welcomed to the Carolan family in Co. Meath at the age of 5. After several years and great perseverance, Raisa was officially adopted into the Carolan family in 2002 however Raisa’s adopted mother, Anne, sadly passed away in 2009.

Raisa is a determined young woman, who drives her own car despite being an amputee and having undergone over 24 operations in her lifetime. Raisa is a voluntary ambassador for the children who have been left behind and forgotten in the Chernobyl affected region. Following her graduation, Raisa is studying for her Postgraduate degree in Criminology in University College Cork and is planning to write her own book about her life experiences.

Speaking about Raisa and her achievements Adi, who has been awarded an Honourary Doctorate of Law at NUIG, said:
“Raisa truly is an exceptional young woman with an incredible tenacity to achieve. In her lifetime she has demonstrated uncommon bravery and courage despite the challenges she has faced such as being institutionalised, adopted at an older age and then losing her adopted mother, Ann. A lesser person would not have survived! The loving support from the Carolan family and the Trim community has helped Raisa to become the beautiful woman she is today. Raisa should be incredibly proud of what she has achieved…so far! There is no limit as to what she can achieve”

Congratulations Raisa from everyone at Chernobyl Children International!