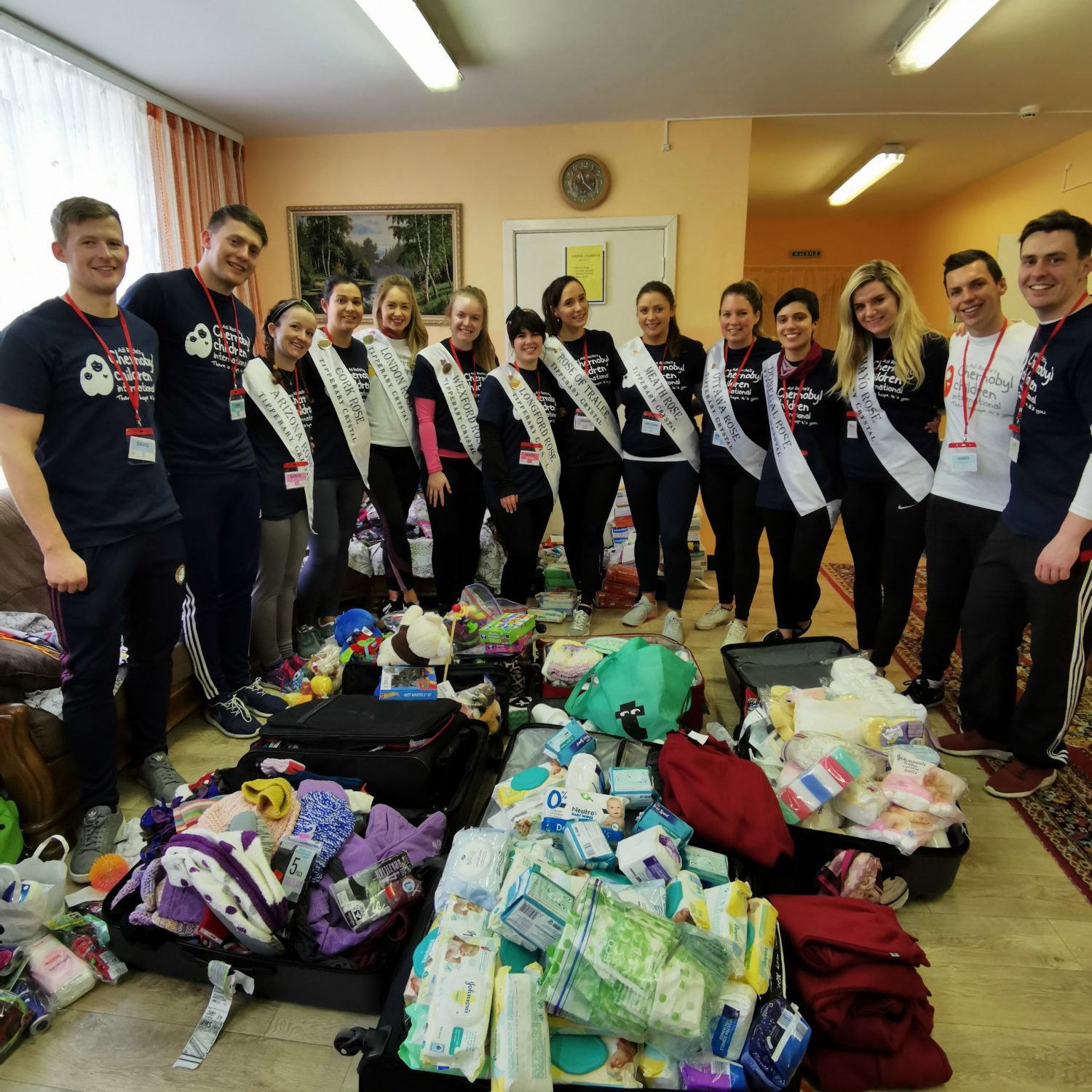 Rose of Tralee, Dr Sinéad Flanagan, leads group of volunteers to support and raise awareness for the ‘Grandchildren of Chernobyl’ living in institutions and orphanages


On the weekend of the 15th of February, the reigning Rose of Tralee Dr Sinéad Flanagan, along with fellow Roses and Escorts, travelled to Belarus and volunteered alongside the children who are cared for by Adi Roche’s Chernobyl Children International charity. 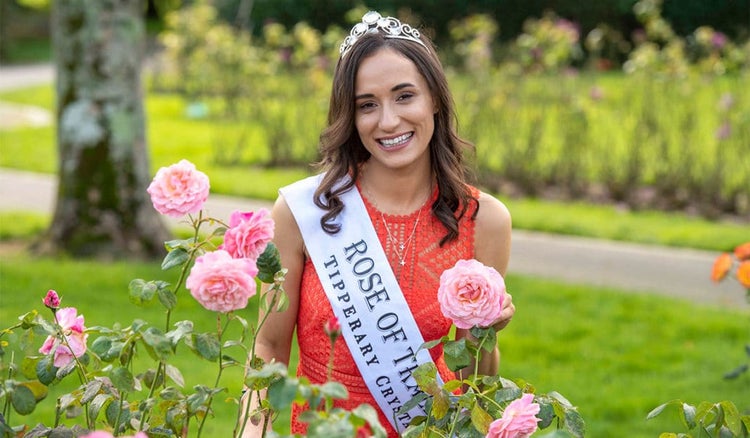 Sinéad Flanagan led the group and the 27-year-old Limerick native used her platform as the International Rose of Tralee to raise awareness of the cross-generational effects of the Chernobyl disaster, as she volunteered in an institution for children with disabilities and special needs in the Chernobyl affected regions of Belarus.  She was joined by an international group of Roses from USA, Canada, UK and 7 Irish counties.  A volunteer link-up between Chernobyl Children International and the Rose of Tralee Festival has seen high skilled Rose Volunteers and their Escorts travel to Belarus since 2011 to spend a week working in Vesnova Children’s Mental Institution.  When speaking about the upcoming visit to the Chernobyl affected regions, the reigning Rose said:

“The Roses and Escorts of 2019 are eagerly awaiting our upcoming trip to the Vesnova orphanage in Belarus with Chernobyl Children’s International. The opportunity to make a difference in the lives of these children is something which is so special to me and as a team, we hope to assist and support the dedicated teams who work tirelessly to provide the children with the care and attention that they need and deserve. We are very much looking forward to continuing the long and meaningful relationship that exists between the Rose of Tralee and Chernobyl Children’s International.”

A talented team utilise their skillsets 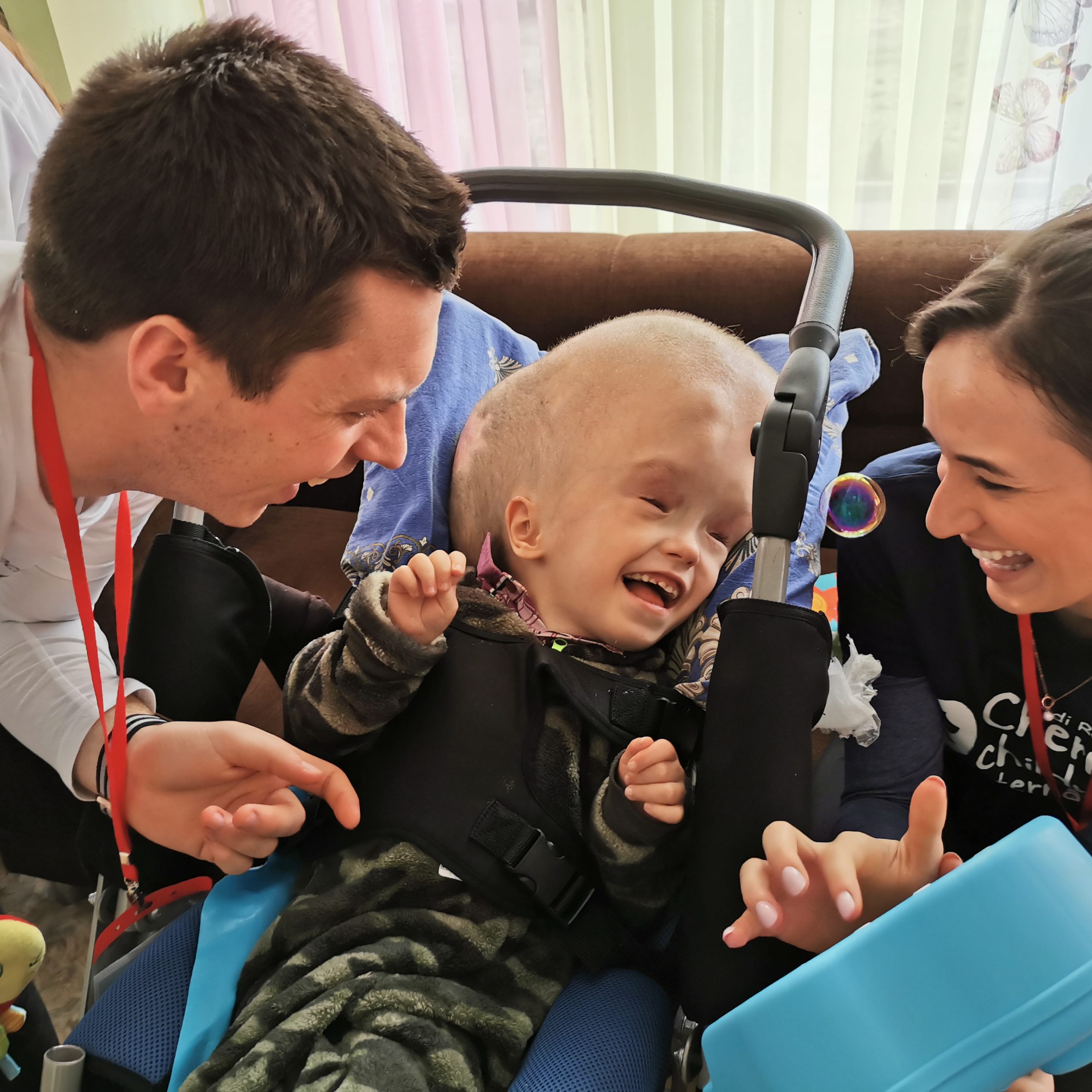 Many of the Roses and Escorts had medical, nursing, speech therapy and teaching skills which allowed them to make an important contribution to the work being carried out in the CCI supported Vesnova Children’s Mental Institution where they spent the week.   Longford Rose, Marie Brady is a Special Needs Assistant in a primary school in Mallow.  There were also be 5 qualified teachers, an eye specialist and this year’s crowned Rose – Sinéad, will also be accompanied by Doctor David Glynn.  The group will all be using their professional skills, working alongside Vesnova’s permanent staff to stimulate the children and to support them with the rehabilitative work they are undertaking in a bid to improve their quality of life.  The teachers within the group, will work directly with CCI’s education based programmes, which work towards freeing children from the incarcerated and segregated life they live in the institution.

Adi’s tribute to the Rose Group 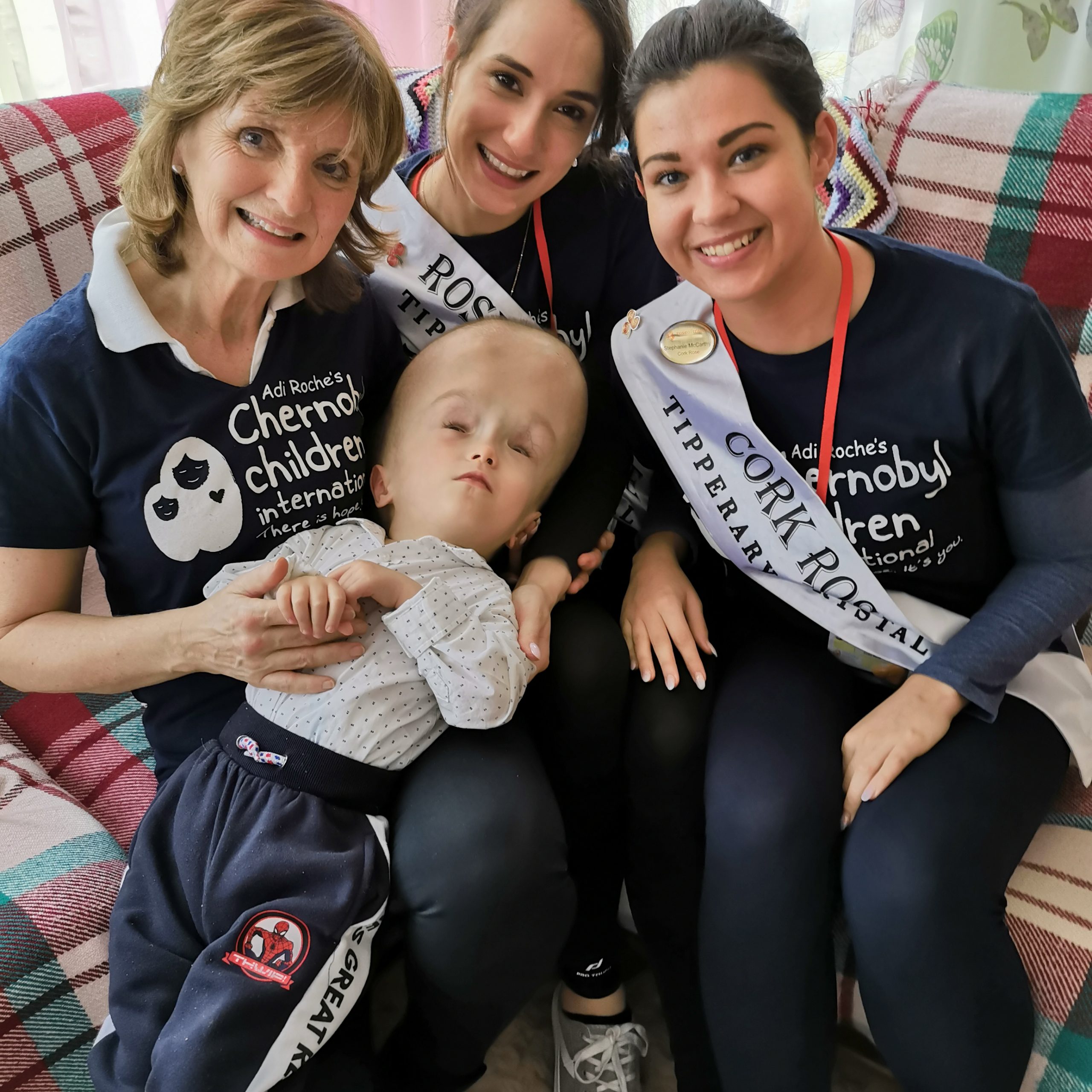 Ahead of flying to Belarus to oversee programme development, CCI Voluntary CEO Adi Roche paid tribute to the Roses and Escorts who are taking time out of their busy schedules to volunteer:

“For the past decade, Chernobyl Children International have been so blessed by the immeasurable contributions of the Roses and Escorts. This trip is timely in the run up to the 34th anniversary of the Chernobyl Disaster. Over the past year, the chilling ‘Chernobyl’ mini-series has done so much to raise awareness for this cause and a new interest has been generated in this tragic tale. The series raw truth-telling of the deception and cover-up is deeply disturbing as it replaces the narrative of what has been convenient all these years and the series sees Chernobyl as never articulated or envisioned before. However, we are so grateful to the Rose Group for their consistent support even during a time when the Chernobyl Disaster was relegated to history.”

Vesnova is located about 175 kilometres from the Chernobyl nuclear power plant. The facility, which caters for 174 children with severe physical and intellectual disabilities is supported by Adi Roche’s Chernobyl Children International. Teams of volunteer Irish builders have spent the past two decades transforming the centre.  The children range in age from 4 to 18 years; most have lost their parents; others have been abandoned by families who could no longer care for them, all of them suffer from severe illnesses and disabilities and require a high level of medical and nursing care. Irish doctors, nurses, dentists and paramedical staff travel to Belarus several times a year.

Support the Roses and Escorts Fundraising Campaigns at the following links

There is still time to help this year’s Rose Group to raise funds for the children and young adults currently living in Vesnova. You can support each of this year’s incredible volunteers at the following links: