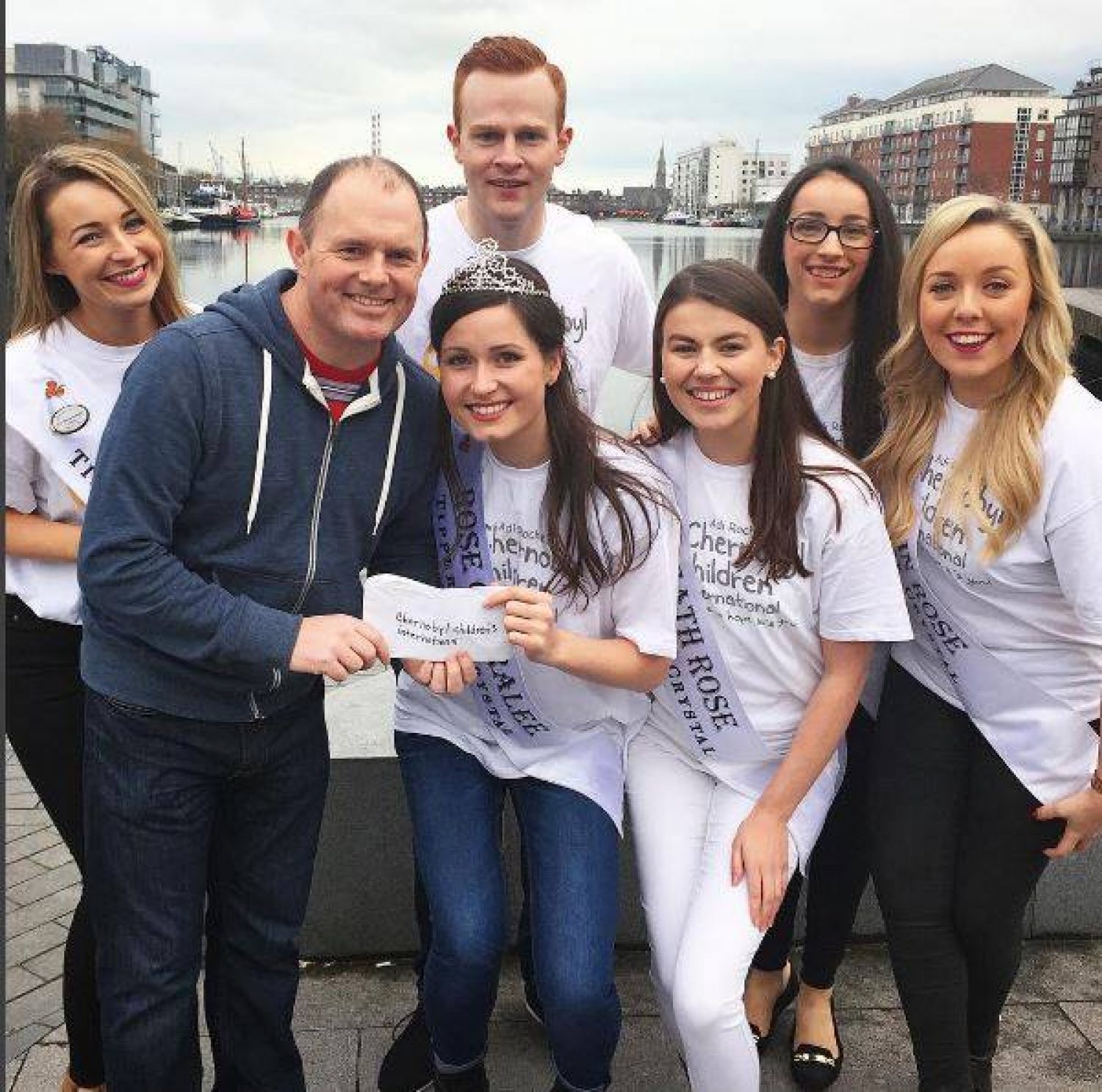 Rose of Tralee, Maggie McEldowney, to travel to Belarus to volunteer in Irish-funded orphanage


Reigning Rose of Tralee, Maggie McEldowney, and a group of twenty-one 2016 Rose finalists and escorts will travel Belarus next week to work as medical and teaching volunteers in an Irish funded institution for children with special needs in the country’s Chernobyl fallout region.

A 27-year-old Chicago native, Maggie McEldowney works as the Director of Development at the Marist High School in the city. Her grandmother, Brigid O’Neill, was born in Maghera, Co Derry.  Maggie said, on being selected as the 2016 Rose, that she wanted to change the perception of the contest as being all about glitz and glam and the opportunity of being able to take a very large group of Rose contestants to Belarus was exactly what she had in mind.

Speaking of the upcoming visit to the Chernobyl affected regions, Maggie said:

“I am truly honored and feel very fortunate for the opportunity to work with the Chernobyl Children International and the children of Belarus. Along with my fellow Roses and Escorts, I hope to make an impact with our friends at CCI by creating awareness for their need, raising funds for their cause but most importantly, bring the joy and happiness to these children that they so rightfully deserve.”

Many of the Roses and Escorts have medical, nursing, social work, training and teaching skills which will allow them to make an important contribution to the work which is being carried out at in Vesnova Children’s Mental Institution where they will be spending the week.

Vesnova is located about 175 kilometers from the Chernobyl nuclear power plant. The facility, which caters for 170 children with severe physical and intellectual disabilities is supported by Adi Roche’s Chernobyl Children International. Teams of volunteer Irish builders have spent the past 15 years turning it from a once derelict asylum into a world-class child care center.

A volunteer link-up between Chernobyl Children International and the Rose of Tralee Festival has seen groups of “Rose” volunteers and their escorts travel to Belarus up to three times a year every year since 2011 to spend a week working in Vesnova Children’s Mental Institution, most recently in November 2016.

All of them are using their professional skills, working alongside Vesnova’s permanent staff to stimulate the children and to support them with the rehabilitative work they are undertaking in a bid to improve their quality of life.

The children in the Vesnova Children’s Mental Institution range in age from 4 to 18 years; most have lost their parents; others have been abandoned by families who could no longer care for them, all of them suffer from severe illnesses and disabilities and require a high level of medical and nursing care. Irish doctors, nurses, dentists and paramedical staff travel to Vesnova several times a year.

She said, “These Roses and Escorts provide some much-needed care and support to so many of the 170 children who live in Vesnova. They are a high-skilled group of volunteers and their value is immeasurable.  For the past 6 years Chernobyl Children International have been so blessed by these volunteers’ contribution and I have no doubt that this year is no different. “

This year, for the first time, the United Nations will call on countries all over the world to commemorate the inaugural ‘International Chernobyl Disaster Remembrance Day’ on April 26th.  This unprecedented call for commemoration came as a direct result of Adi Roche’s appeal to the General Assembly on the 30th Anniversary of the disaster in April 2016.