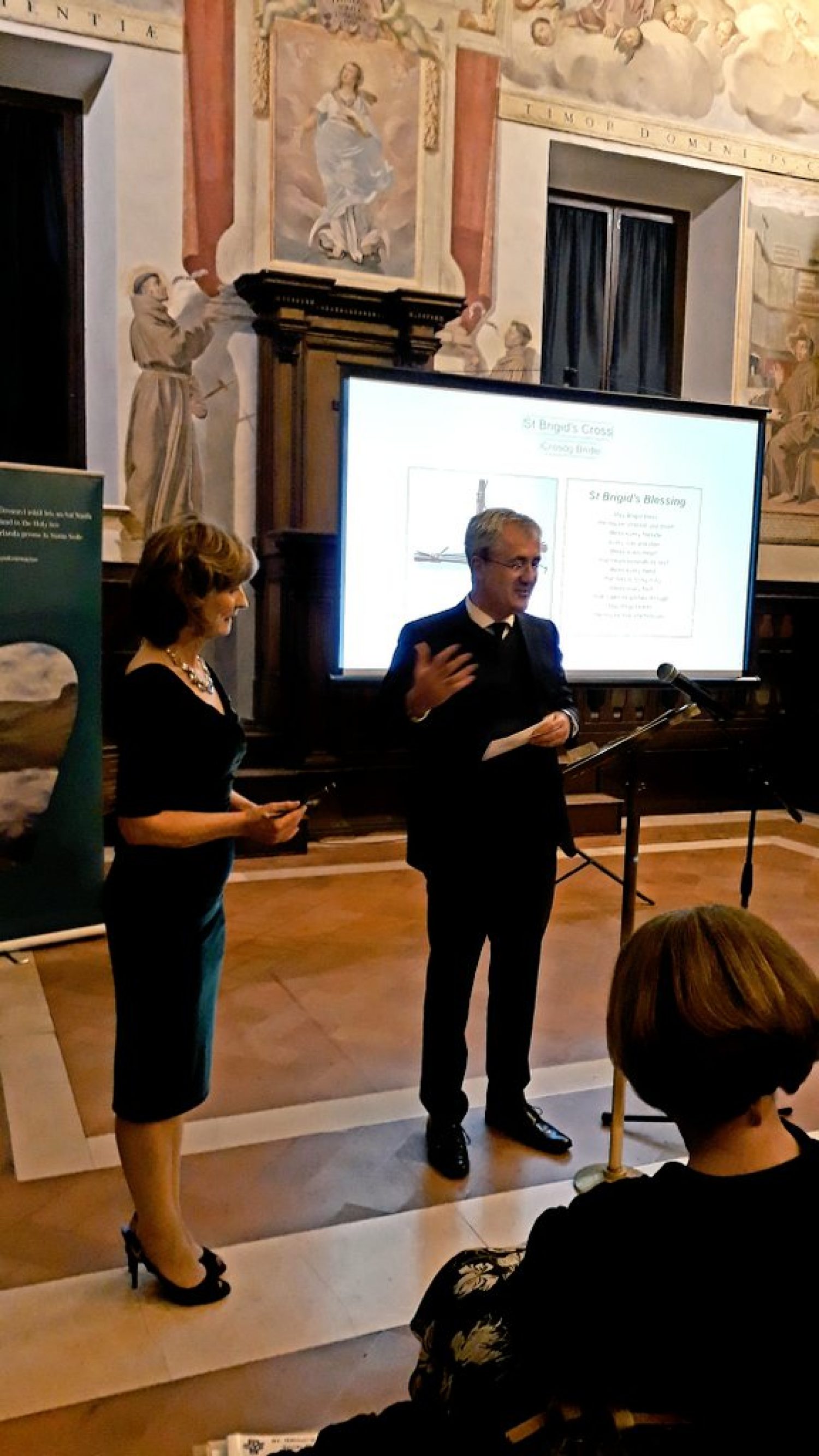 
The Irish Ambassador to the Holy See, Derek Hannon,  invited Irish humanitarian and activist Adi Roche, to be guest speaker at this year’s St Brigid’s Day event organised by the Irish Embassy to the Holy See.

The event took place in St Isidore’s College in Rome and paid tribute to the enormous contribution made by women in society, as well as commemorating the life of St Brigid, Ireland’s beloved Patroness. Ambassador Hannon co-hosted this event with Fr Hugh McKenna, Guardian of St. Isidore’s.  Adi presented the delegation with St Brigid’s Crosses which were made by Bayside School in Dublin and St Brigid’s School in Midleton. 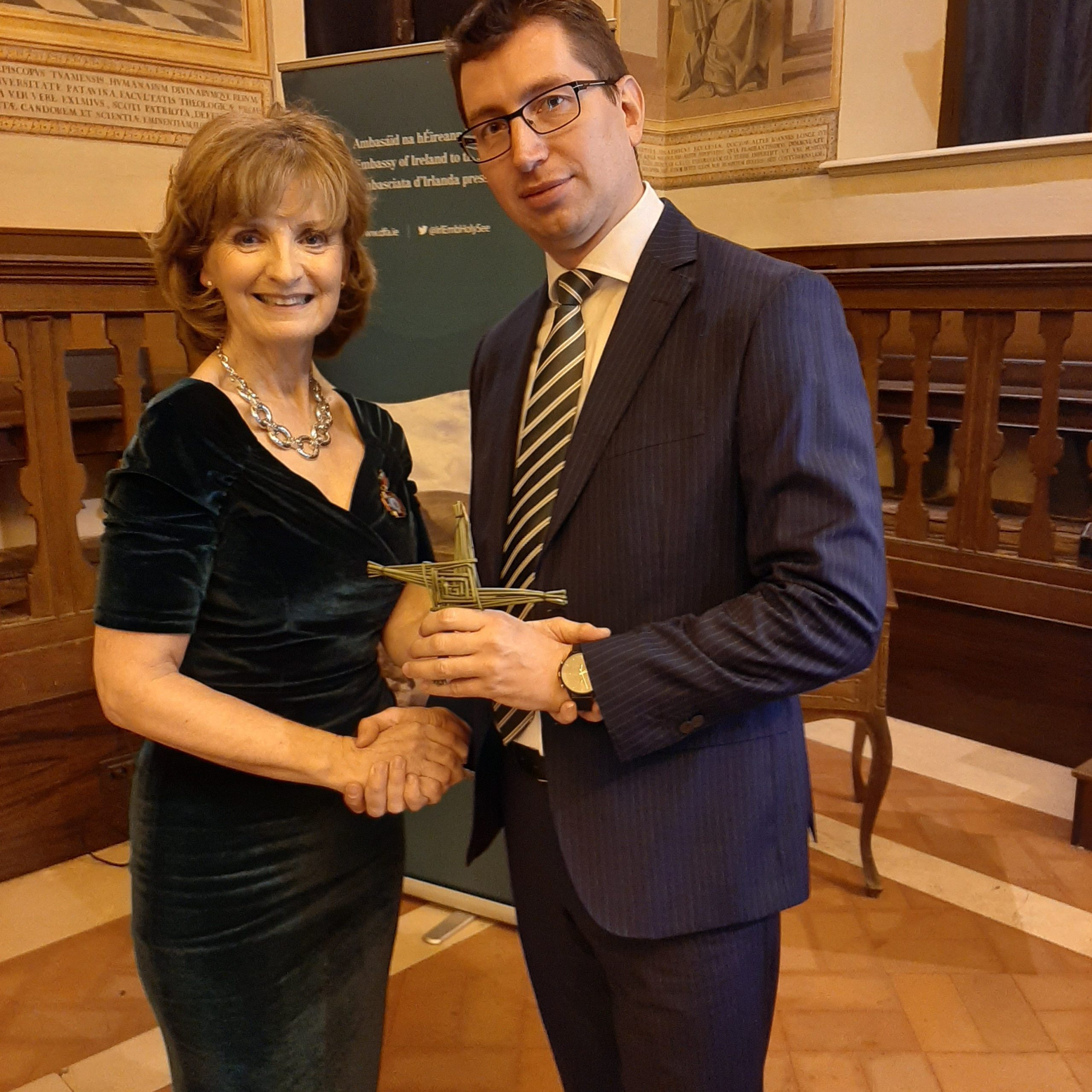 Adi’s experience with the story of St Brigid

Adi has been greatly influenced by the story of St Brigid throughout her own lifetime and is both honoured and privileged that she will be in attendance on the day – “In all the writings about St Brigid we learn of her deep understanding and value of nature, her generosity, hospitality but above all her compassion for the poor and oppressed.  We are all aware of how fragile our earth has become in the hands of man – land degradation, poisoning of our waters, damage to our eco systems…Many of us concerned about our planet draw on Brigid and from the respect and reverence that she had for the land.” 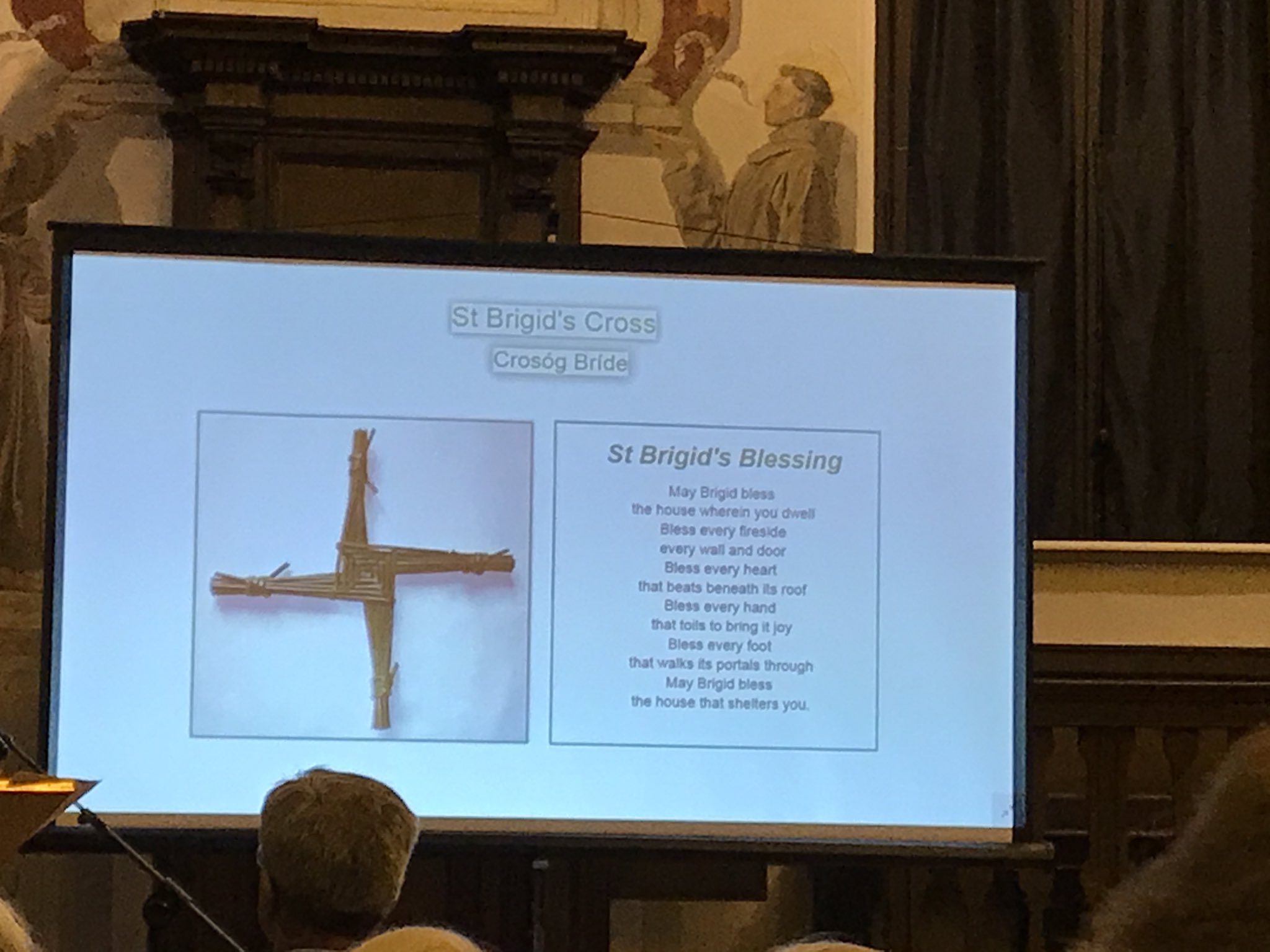 The Pope’s Respect for Chernobyl Survivors

33 years after the world’s worst nuclear explosion – which ravaged and penetrated the town of Pripyat, the story of Chernobyl had been consigned to history. Over the course of 2019, HBO and Sky’s five part ‘Chernobyl’ mini-series increased awareness about the catastrophe. As series Executive Producer and Writer Craig Mazin has said himself, “You think you know what happened at Chernobyl, but you have no idea…it was hours away from being so much worse.”

Chernobyl Children International were honoured that Pope Francis acknowledged the men who stopped the nuclear disaster in its tracks, the Liquidators, on the 30th anniversary of Chernobyl when He brought several Chernobyl survivors to the Vatican where he recognized their courage and bravery.  “These heroic men, who to a large extent have been forgotten and almost airbrushed out of history, put their lives on the line to fight a silent but deadly force. Essentially, they saved the world,” Adi Roche said while admiring Pope Francis’s Christian stewardship and leadership in a time of nuclear arms and proliferation. 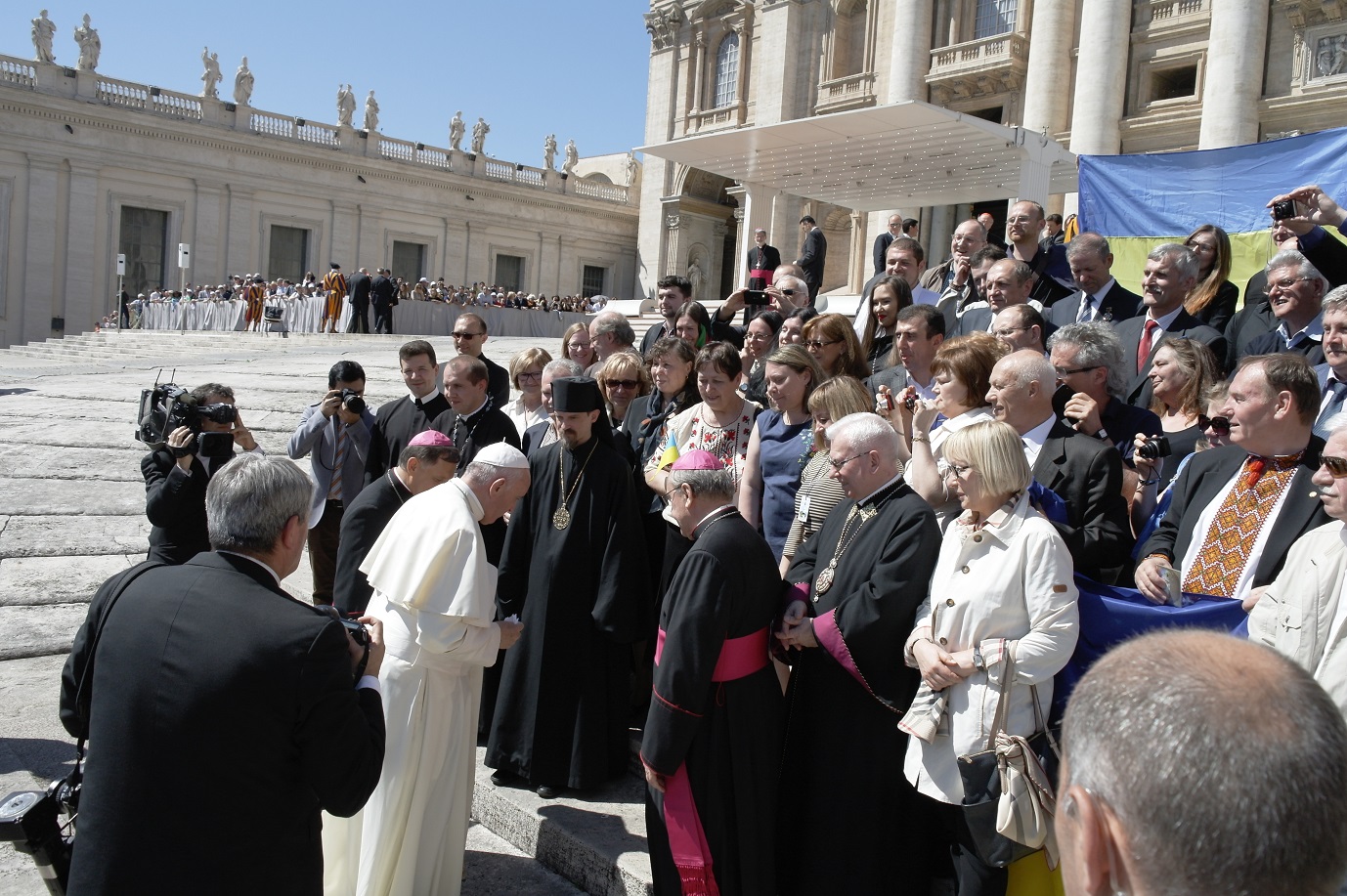 Adi’s own love for the environment and life is essential to her work for the past 45 years – “I think that I can honestly say that I have a deep passion for the earth. I have a great love of life and I have a great desire to share that love especially when it comes to being an advocate for little innocent children, victims of the world’s worst nuclear disaster at Chernobyl.  I couldn’t continue to work with the victims of Chernobyl if I didn’t have that passion.”

However, as in most tragedies, it is the children who pay the highest price. In Ukraine 6,000 are born every year with major heart defects. In response, Chernobyl Children International have developed a Cardiac Programme which provides life-saving surgeries to save vulnerable babies.  To date, they have saved 4,000 young lives with this programme. This programme not only saves the lives of babies and children but it does ‘side by side training’ and teaching as an inbuilt component to ensure ‘sustainability’ into the future.

“Our teams have the power of ‘life and death’! These infants cannot live with this condition but they will die with this condition. These children put their tiny hearts and hopes in our surgeons’ hands and one by one we try and make a miracle happen!” Roche said.

Adi was invited to the Holy See  to celebrate St Brigid’s Day on February 1st, the first day of spring, which is symbolic of the wonderful springing back of the earth itself from its winter hibernation!  This reawakening of the earth instils a powerful sense of hope and renewal in the planet’s capacity to move out of the darkness and into the light.