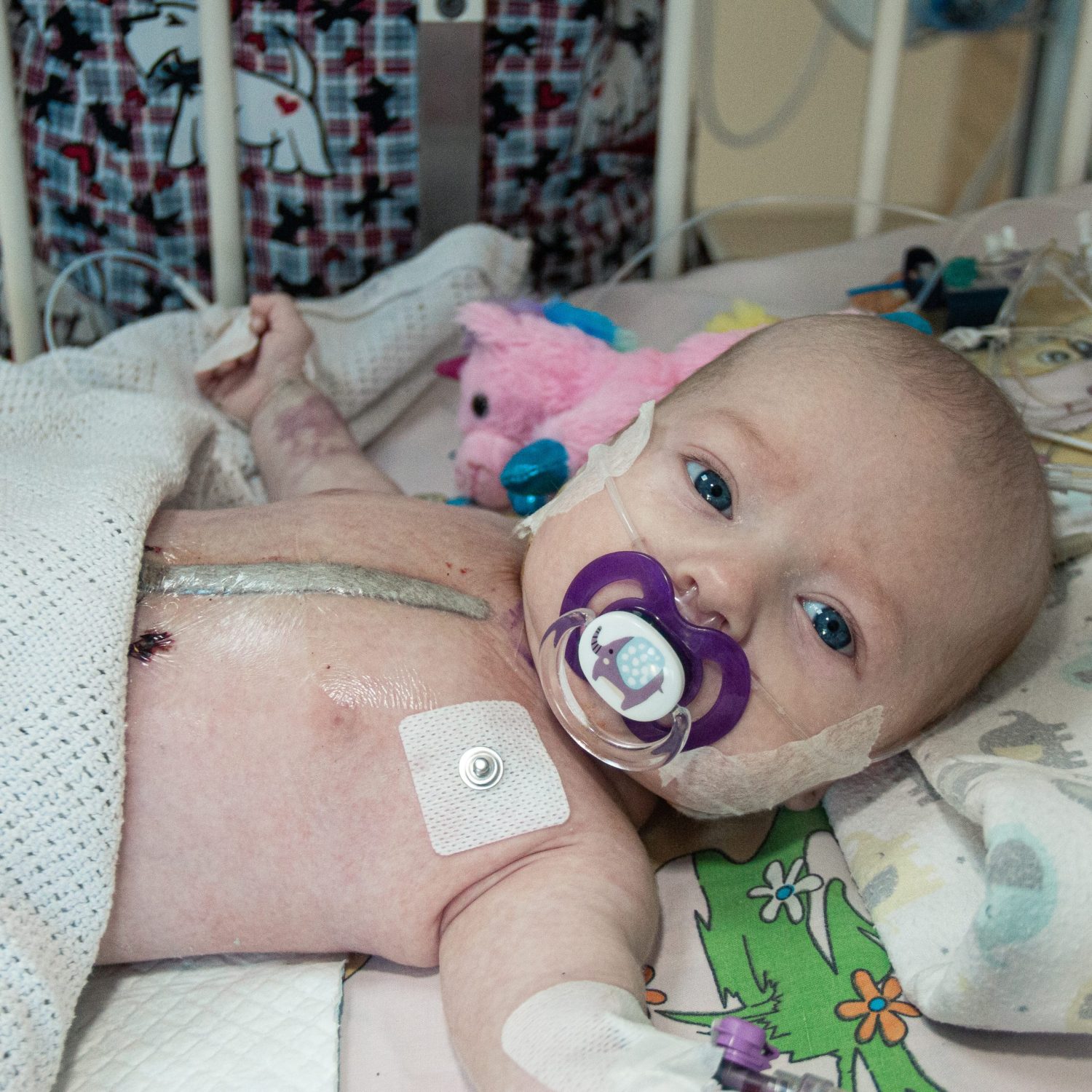 
Under the dark shadow of the invasion of Ukraine, Irish charity Chernobyl Children International (CCI) have sent a 12-person team of paediatric surgeons to war-torn Ukraine, to carry out urgent life-saving cardiac surgeries on babies and children.

Despite widespread electricity outages and regular shellings, the team are ‘running the gauntlet’ to ensure as many babies have a chance of survival against their congenital heart defects. They travelled into Lviv on bus, having landed in Krakow, and are bringing with them life-saving equipment including oxygenators that stop the flow of blood to the heart to repair congenital heart defects such as ‘Chernobyl Heart’. These machines are a vital life-line for children as young as one-day old in the battle against radiation related congenital heart defects.

Speaking to CCI’s team in Lviv, one mother of a critically ill young baby said;
“We are in the middle of a war, feeling so alone. The walls are shaking and the missile strikes come so often. I feared he would die, but now we have so much hope. I can now dream of seeing my baby growing up. It’s a miracle!”

These children, and their devastated families, have been unable to flee their war-torn homeland because of the deteriorating nature of their cardiac illnesses. Their loving and brave families have been forced to ‘roll the dice’ with their own mortality, in order to provide their children with the best chance of surviving what is now considered the ‘double-tragedy’ of Chernobyl and the ongoing invasion.

Dr Igor Polivinok is the Ukrainian lead for the mission, and has fled the epicentre of the war, Kharkiv, following the shelling of his home and hospital;
“Explosions can be heard in the distance, and you can’t tell how close it is. We have experienced frequent bombardment but are not distracted by it. Even throughout the war, our medical teams have continued to operate on babies and children who have been born with severe congenital heart defects, including ‘Chernobyl Heart’, as a result of radiation.”
CCI’s Cardiac Missions have traditionally been based in Kharkiv, however the teams have been chased by war from East to West and have needed to relocate to Lviv, which is the last remaining safe place left where CCI can operate on the children.

Speaking from Lviv on arrival this week, the team’s lead surgeon, Dr Bill Novick remarked;
“These innocent children are on the front line of two humanitarian crises – first the Chernobyl accident and now the war. Since our team has arrived in Ukraine over the weekend, these children have put their tiny hearts in our hands and we try to make a miracle happen. The team are not deterred by the war as they know how valuable their help is”

CCI’s founder and Voluntary CEO, Adi Roche, said: “Sadly there are lives being lost because of the politics of war; not just with bombs and bullets, but also by ticking timebombs within these children’s chests”.

CCI continues to deliver vital Humanitarian aid to families and communities in the Ivankiv region north of Kyiv, and within the Chernobyl zone.